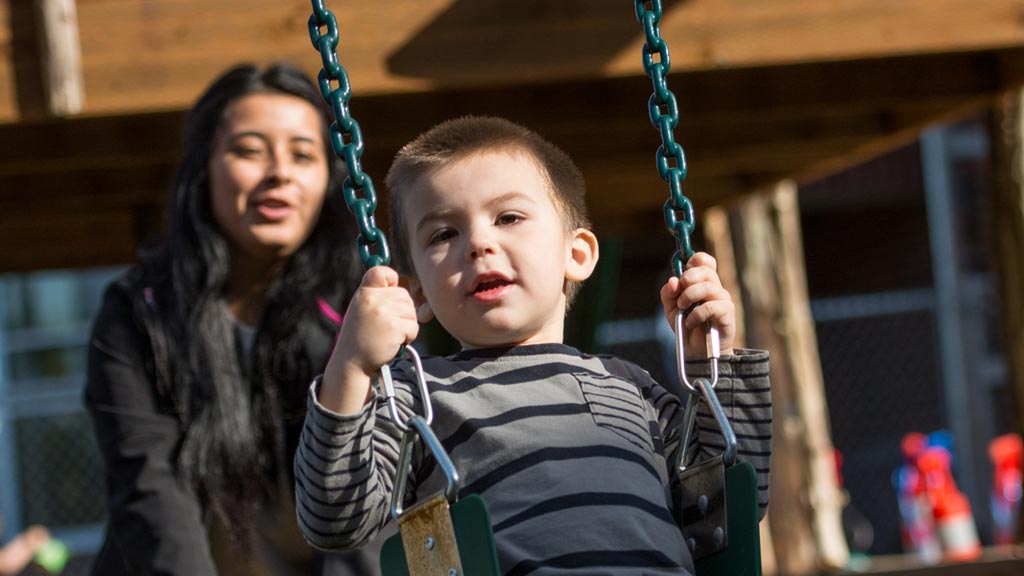 Every year more than 100,000 low-income working households in Oregon miss out on millions of dollars in tax credits that could move them from poverty to economic stability.

Numerous obstacles prevent low-income Oregonians, including many in communities of color and under-resourced rural areas, from claiming two anti-poverty federal tax credits that were designed for them: the Earned Income Tax Credit (EITC) and the Child Tax Credit (CTC).

Unclaimed EITC benefits alone add up to $137 million annually — money that could help improve the health and well-being of Oregon families. For comparison, that’s more than twice the amount that OCF awarded through education grants and scholarships in 2020.

Rural Oregonians, those with disabilities, and those who aren’t proficient in English are most likely to miss out on the tax credits, which can amount to thousands of lost dollars per family per year. Improving eligible families’ access to these funds could cut child poverty in half by helping households make rent and avoid houselessness; pay for childcare that enables parents and other caregivers to work; and afford car repairs and other common expenses.

The life-changing potential of these untapped tax credits has spurred OCF to pursue a dual strategy aimed at increasing the share of eligible individuals and families who claim them — not only during the current tax season but for decades to come.

A “no-brainer” for helping families

With only 12 weeks until Tax Day, OCF is funding grants to Oregon nonprofits that are making sure eligible families know about the tax credits and helping them apply.

At the same time, OCF is supporting a coalition that includes United Way of the Columbia-Willamette, Neighborhood Partnerships, NeighborWorks Umpqua, Oregon Business Council, Metropolitan Family Service, and other culturally specific and responsive community-based organizations. During the current Legislative session, the coalition is working to secure lawmakers’ support for shoring up the state’s network of free tax filing service providers, to make it easier for families to access the benefits that are available to them.

Specifically, the coalition is asking lawmakers to invest $4 million in measures that will enable culturally-specific and culturally responsive organizations, Tribal governments and rural community-based organizations to better assist their clients in filing tax returns and claiming the millions of dollars in tax credits they leave on the table each year.

“This is a no brainer for anybody who cares about helping families in poverty. It goes to the core of OCF’s mission and also will bring millions of dollars to Oregon, where it was meant to go to begin with,” says Melissa Freeman, OCF Director of Initiatives and Partnerships.

By putting donor dollars to work to support nonprofits that provide tax filing services and to fund advocacy at the Legislature for state-level investment in tax-filing infrastructure over the long term, OCF is expanding opportunities for financially-strapped families to gain a firmer hold on basic resources — like housing and food — that we all need to live stable, productive lives.

“From an economic vitality perspective, OCF has been focused for more than a decade on driving entrepreneurship and helping underserved small businesses access capital. Recently we've started expanding our outlook to think about other tools we can use to leverage resources to help children and families with economic stability,” says Melissa Freeman, Director of Initiatives and Partnerships.

“That means asking, ‘What else can we be doing for the broader community? What do working families need to really thrive?’ For one thing, they need to be sure they’re getting the benefits that are available to them. And they need help to do it.”

The federal dollars that Oregon leaves on the table annually fall into two buckets: The EITC, which is a tax credit for workers who don’t earn a lot, and the CTC. Combined, these working-family tax credits lifted 5.6 million people out of poverty in the U.S. in 2018, including 3 million children, and made 16.5 million other people less poor, according to the IRS.

By reducing personal income tax liability, the credits allow low-income tax filers to retain more of what they earn. And, because the EITC and the CTC are fully refundable for the 2021 tax year, people who don’t earn enough to owe taxes receive the credits as direct payments. For many families who struggle to survive on low wages, the credits represent a meaningful cash boost to their budgets. Consider:

An eligible Oregon family with two pre-school age children that successfully claims the two credits for 2021 could receive more than $9,000 — enough to reduce the material impact of poverty as well as the daily stress that accompanies it.

Families who received the monthly, expanded CTC payments in 2021 used the money to catch up on rent, mortgage payments, utility and other bills; buy food; and pay for childcare and school-related expenses, according to a Census survey.

“We know that economic hardship gets in the way of school success. Stress in the family environment can be detrimental to brain development from birth and can make it difficult for children to develop optimally. And when families are struggling to stay housed and put food on the table, it’s harder for them to focus on getting kids to school and get homework done,” she says.

Unfortunately for Oregon children, more than 1 in 4 Oregon families who qualify miss out on the EITC each year. Oregon’s 73% uptake rate ranks near last among states; the national average is 79%.

Common barriers for eligible families include a lack of awareness about the tax credits and who qualifies; language, for people who aren’t proficient in English; lack of access to technology, especially for people with disabilities; challenges in filling out complex tax forms or using tax filing software; and a dearth of free or affordable tax filing help for low-income Oregonians across the state.

“Oregonians who may not agree with each other on other policy solutions can get behind efforts to connect families with the benefits they’re due,” Freeman says.

“It’s one of those things that unites people who care about families who are in poverty. This is for the fiscally conservative folks who say ‘Absolutely, go after that money and let's bring it to Oregon.’ And it's also a way to make sure that people get what that they deserve, and that they're not left behind.”

How you can help

OCF has teamed up with Metropolitan Family Service/CASH Oregon to recruit volunteers to help low-income families file their taxes and claim benefits during the current tax season. Volunteers will receive training and can assist families remotely from home. Learn more.

Focusing on Wellness, Activist Helps Black People Deal with Stress and Racism amid the Pandemic