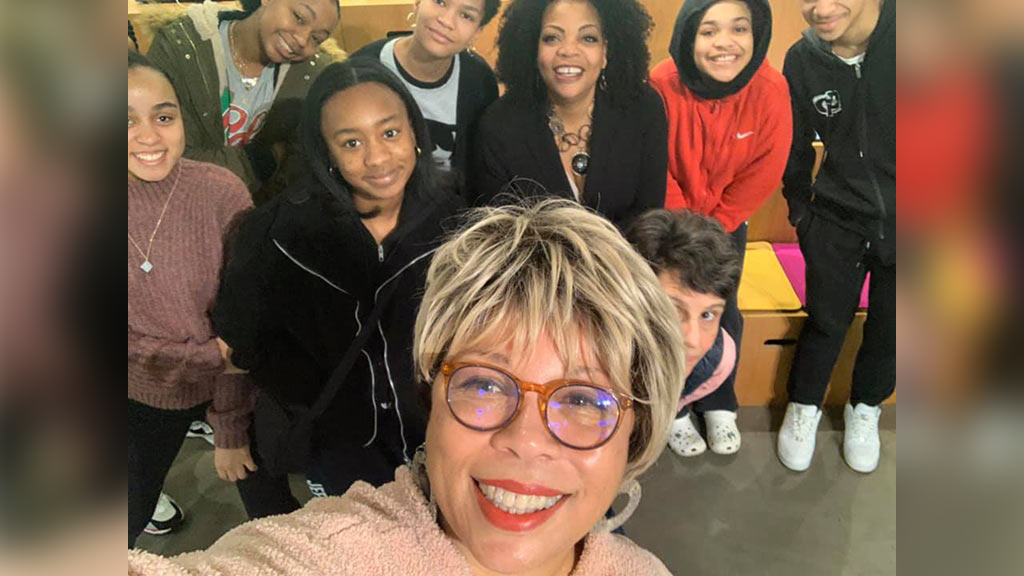 Even when Deena Pierott was in elementary school, she was passionately drawn to engaging students who were not invited to play.

“It’s just kind of ingrained in me to do things that help others,” she explains. “I always saw the disparity.”

So, when the state’s stay-at-home directive was issued by Gov. Kate Brown, Deena recognized a potential educational crisis in the making.

“School closures due to COVID-19 turned life upside down not only for iUrban Teen’s youth of color but teens everywhere,” says Deena, iUrbanTeen founder. “We firmly believe that learning should never stop for anyone. It’s why we provide all teens stuck at home with the opportunity to continue learning in an interactive and engaging online experience. Best of all, our classes are free for everyone.”

Deena tapped into the expertise of 11 of her professional friends to teach the weekly classes on an online learning platform, called MindStream. The variety of subjects includes creative writing; science, including animation, anthropology and indigenous ecosystems; languages, such as French, Spanish, Arabic and Dutch; math, such as basic and advanced algebra and economics; and life skills, such as leadership, adulting and entrepreneurialism for teens. iUrban Teen invites teens across the country to register for the free classes at https://www.mindstream.online. 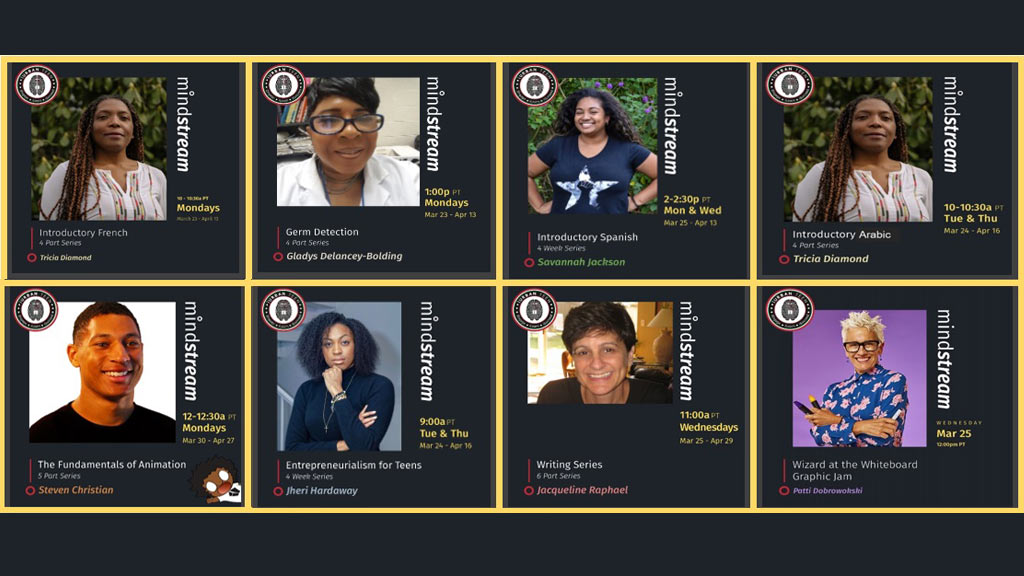 Deena’s internationally recognized program, iUrban Teen, was launched in 2011 because of her concerns about her two teenage sons having access to computer science and engineering careers that would set them up for financial success. The STEM-based program was initially targeted to attract Black and Latino boys, ages 13-18, but now accepts teenage girls and college students, students of color in special education, Black students at risk of dropping out of school and those with behavioral issues.

“We know they’re brilliant,” Deena says. “They just haven’t had that spark yet.

So, everything in our programming is fast-paced; it’s hands-on and interactive.”

The path toward establishing iUrban Teen was part of Deena’s evolving journey of innovation and personal growth. Her uncompromising commitment to the success of Black children has led to her being honored by President Barack Obama, and being featured in national magazines. She has been invited to speak at international, tech-related conferences. And she expanded the breadth of iUrban Teen classes to include speaking, writing, and urban farming, and into additional cities, including Seattle, Los Angeles, and Houston. Next on her list are Atlanta, Nashville, Denver, and Detroit, among other U.S. cities, and internationally into South Africa and Brazil.

The exponential growth of iUrban Teen programming has been facilitated by support from universities, Deena’s team of national STEM advisors and parent volunteers, and program-specific grants from large national companies, such as Microsoft, Boeing, Airbnb and Nintendo. But, iUrban Teen still lacks sustainable financial investments.

“I’m not going to allow the lack of funding to prevent us from doing the work that we need to do.” Deena says. “But I can’t expand any further until we have paid staff. What I’m getting rich from is seeing these kids succeed.”

One success story is that of iUrban Teen alumni Keyontay Wallace, who reluctantly started attending iUrban Teen programming when he was age 14. Now an adult, he credits the program – and particularly Deena – for expanding his vision of the world, and of himself.

“I can’t believe how much she loves and cares for this organization,” Keyontay says.

When he didn’t show up for iUrban Teen activities, Deena called or emailed him. He was awarded an iUrban Teen college scholarship to attend school in Wisconsin. Deena also bought him snacks and books when he ran out of money in college. Then, when his desktop computer he refurbished in high school as part of iUrban Teen programming stopped working, Deena arranged for him to receive a new desktop, laptop, computer and printer.

“Deena has been a true role model to me,” Keyontay says. “Thanks to her, I was able to go to a university.  That was a door that I didn’t believe was open for me…iUrban Teen and its founder are the reasons for my current success.”

'Seed Fund' Encourages Others to Give

Together, OCF Donors Act on Climate Change and Conservation