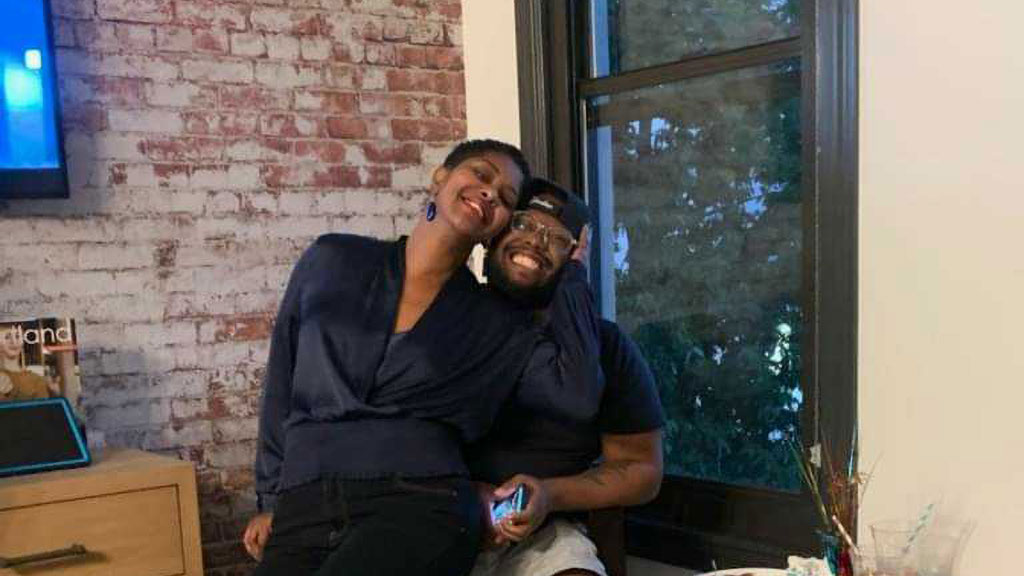 AnnaLynn Lawson and her son, Tevin

Volunteer with the Black Resilience Fund, a Brown Hope initiative

AnnaLynn Lawson, born in Portland, is a nurturer by nature. “You could say I’m the Big Momma of my family. Whenever I had a home, it was always full of my sons, their cousins, and friends. I’m used to taking care of everyone,” she shares.

While AnnaLynn enjoys caring for others, she has rarely received the same support. She experienced the trauma of racism directly and regularly as a young Black girl growing up in Portland, only to find herself in an abusive relationship in her twenties, freeing herself only to end up experiencing homeless. While AnnaLynn eventually found an apartment she could afford, she lost her delivery job due to a car fire. Her persistent positivity began to waiver.

Then, in June of 2020, a family member told her about the Black Resilience Fund (BRF), an initiative co-founded by Cameron Whitten and Salomé Chimuku to provide immediate financial assistance to Black Portlanders disproportionately impacted by the coronavirus pandemic and systemic injustices. AnnaLynn submitted the simple application form, and soon found herself on the phone with Salomé. “Knowing I was talking to another Black woman who understood the evils I’ve seen made it easier for me to open up and ask for help,” recalls AnnaLynn. The sense of comfort she experienced was by design, as BRF staff and volunteers purposefully apply utilize a trauma informed approach in all communications to help dispel the stigma of needing help and the feelings of isolation inflicted by systemic racism.

In less than 30 minutes on the phone, Salomé let AnnaLynn know the fund would award her $300 – the average award amount surveyed recipients reported would make a significant positive impact on their financial situation, while allowing BRF to support as many other Black Portlanders as possible. Additionally, Salomé explained that the initiative, which started as a GoFundMe campaign at Cameron’s kitchen table, was growing into a full-fledged movement powered by donations from over 18,000 individuals and businesses across Oregon, and offered AnnaLynn a job with BRF! While white allies volunteered “behind the scenes” helping with logistics and administrative services, BRF is designed to provide culturally specific delivery of services, i.e. Black community members provide assistance directly to recipients. In this manner, Black staff and recipients enjoy a strengthened sense of community, a matter of special importance areas where they have been displaced over decades of gentrification.

AnnaLynn has been working as an BRF intaker since late October, lifting up fellow Black community members every day via phone and Zoom, helping them access the same support that made such a difference to her. She 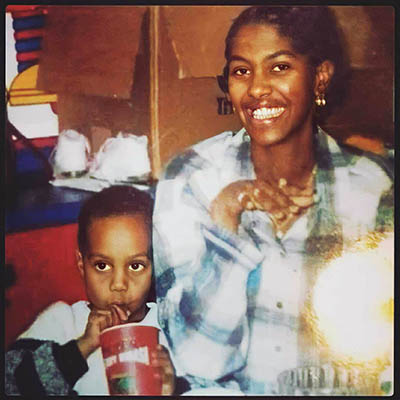 credits this experience with preparing her to face a new challenge: caring for her 29-year-old son Tevin, was recently diagnosed with renal heart failure induced by COVID-19. While AnnaLynn cannot afford to financially support Tevin, she shares her strong will and resilience with him daily. “Children only know what they are taught. I always tried to expose him to the positive in life, to respect people, and the environment. I raised Tevin and my other sons to be ministers to society, not menaces,” says AnnaLynn.

What concerns AnnaLynn almost as much as Tevin’s healthcare needs is whether or not her job at the Black Resilience Fund will continue. While the new initiative has raised over $2 million and assisted over 5,000 Black Portlanders to date, another 5,200 Black Portlanders have applied for assistance from BRF.  To reach its goal of helping all qualified applicants while paying a living wage to all Black staff, BRF – now operated by Brown Hope, a charitable 501(c)(3) Portland-based nonprofit founded by Cameron – is striving to raise an additional $1 million in 2021.

“When we started the fund, there was no other direct organization for Oregonians to cover the daily needs of Black Americans during the pandemic,” says Cameron. Today, AnnaLynn and Cameron remain hopeful that BRF will reach its goal, due in large part to its unique “equitable mutual aid model,” designed with support from a team of interns at Princeton University’s Ida B. Wells Just Data Lab. “We’ve learned how to make sure the money is distributed to the right people in the ways that really help. This job is truly a blessing. It feels good to be helping so many neighbors heal,” says AnnaLynn.

Since June 2020, Brown Hope has received more than $235,000 from OCF through donor advised funds, the Oregon Community Recovery Fund and OCF employee giving, with the majority supporting the Black Resilience Fund.

Within weeks Blanchet House was serving an average of 2,000 meals a day—double our usual numbers.