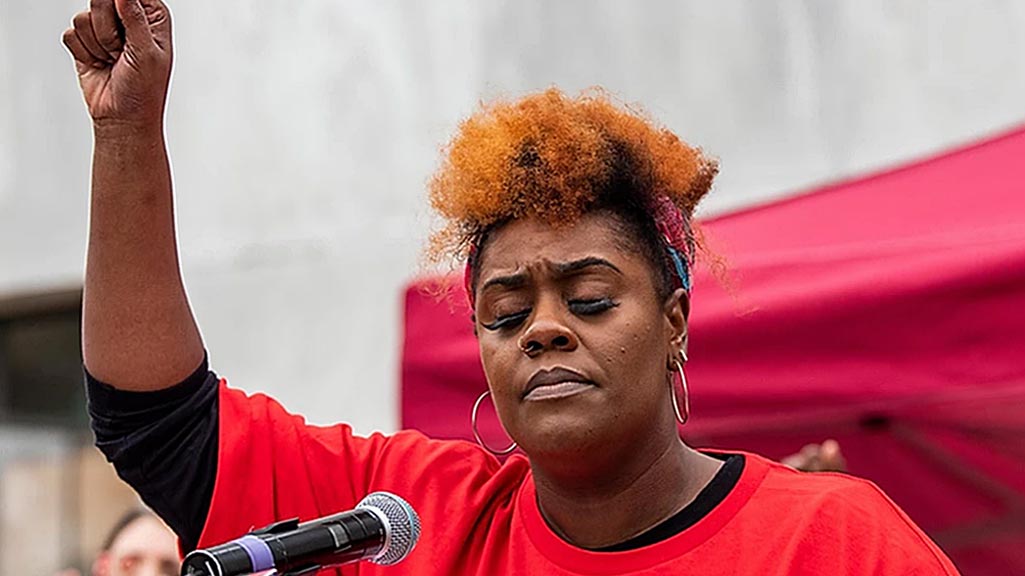 Having a conversation with Nichole Watson about educational equity issues is like sitting in front of a pressurized fire hose. You will quickly become drenched with her comprehension of the issues, engrossed in historical perspectives and inspired by her unapologetic passion for Black children.

“I am my ancestors' wildest dreams,” she noted on her personal website,  NicholeWatson.com, “and it is my goal to dream wildly about the next generation.”

Based on a grant-funded partnership between the Portland Association of Teachers (PAT) and the National Education Association, Nichole, an Oregon-born elementary school teacher, was released from her job at Rosa Parks Elementary School at the end of the 2018-19 school year. In her classroom, Nichole was known as a caregiver, a coach, and a comedian. Her job duties as the Developer of Racial Equity & Community Partnerships at PAT are to strengthen its racial equity organizing and build stronger connections between the teachers’ union and parents and community organizations that serve children of color.

“We’re not waiting for Superman anymore. If it takes a village, then it’s our role. So, let’s get to work.”

At the beginning of the 2019-20 school year, Nichole facilitated a restorative-justice conversation at Wilson High School addressing several racially offensive incidents at the Southwest Portland school. Nichole also organized a series of neighborhood-based events to share knowledge and receive input about how to use the state’s Student Success Act dollars to improve public schools. The Racial Equity Task Force is holding another community conversation in Portland for the Latinx/Chicanx community on Thursday, Feb. 20 at 6:30 p.m. at Jefferson High School, 5210 N Kerby Ave.

During Black History Month Nichole plans to build momentum on the national Black Lives Matter at School Week of Action, an annual, now-nationwide campaign that began in Seattle in 2016. Last year, 62 out of 89 PPS schools participated. This school year, Portland Public Schools (PPS) passed a resolution encouraging educators across grade levels and content areas to voluntarily engage in the weeklong activities, which Nichole called “a huge victory.” The Racial Equity Task Force hopes the resolution will increase the initiative of teachers offering lessons about structural and systemic racism.

Additionally, Nichole plans to focus on these four priorities:

“We are attempting to build a bridge between classroom and community,” Nichole said. “It has not always been perfect. But at least we’re doing something – and that feels good.”