There is strong evidence that neighborhood and community factors like racial and economic integration, social capital, employment and high-quality education matter for economic mobility. This section explores how these factors show up in Oregon neighborhoods where low-income children have some of the best and worst chances of breaking the cycle of intergenerational poverty.

To identify high- and low-opportunity areas, they looked for adjacent census tracts (geographic areas defined by the U.S. Census Bureau that contain about 4,000 people). In more rural areas, counties may have only two or three census tracts. In more urban areas, these tracts are closer approximations for neighborhoods.

FIGURE 9 AREAS OF HIGH & LOW OPPORTUNITY IN OREGON Communities with high (blue) and low (orange) levels of opportunity for children in low-income households. 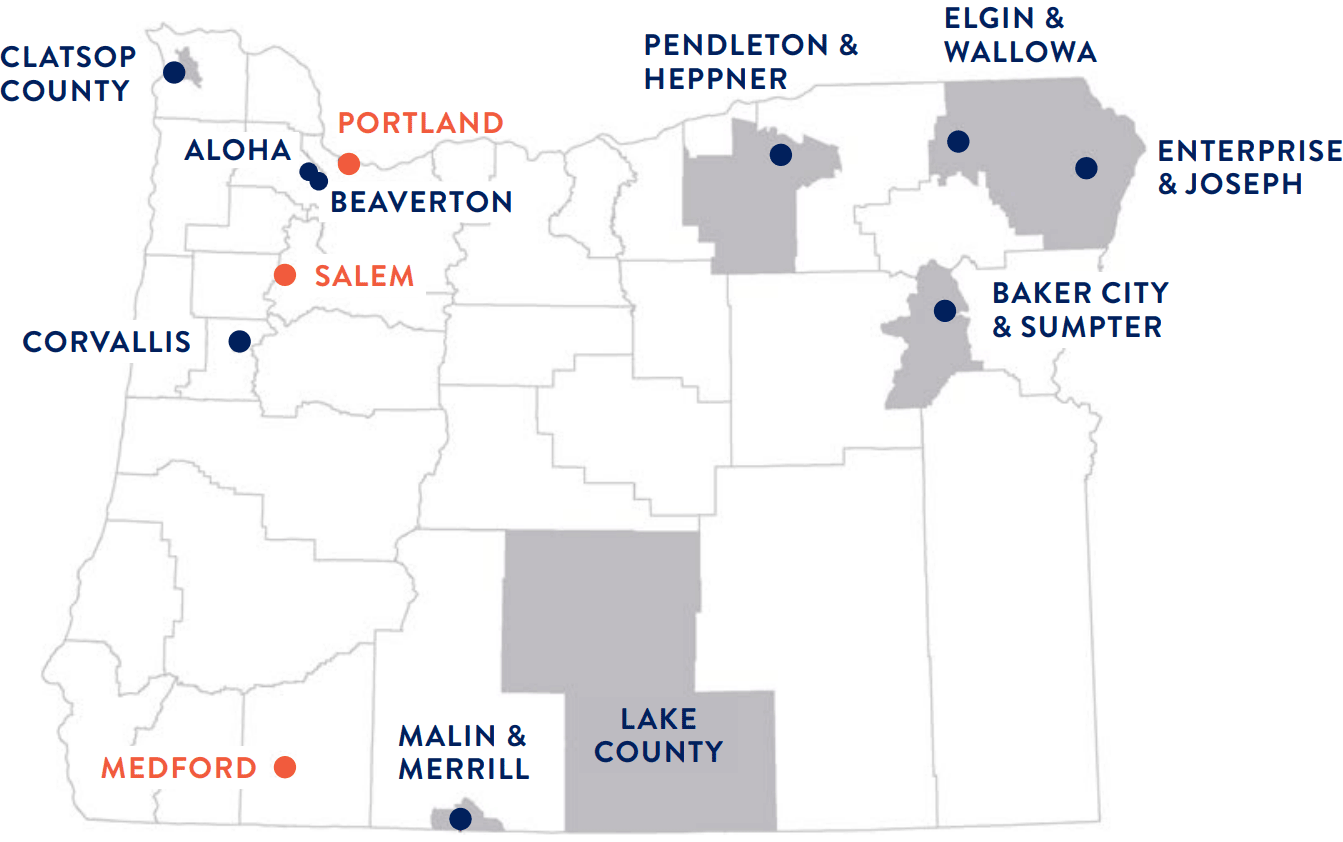 FIGURE 10 LOW-INCOME CHILDREN WHO GREW UP IN THE HIGHEST-OPPORTUNITY COMMUNITIES EARN UP TO 50% MORE AS ADULTS. Average household income for adults who grew up in low-income households in high (blue) and low (orange) opportunity communities. 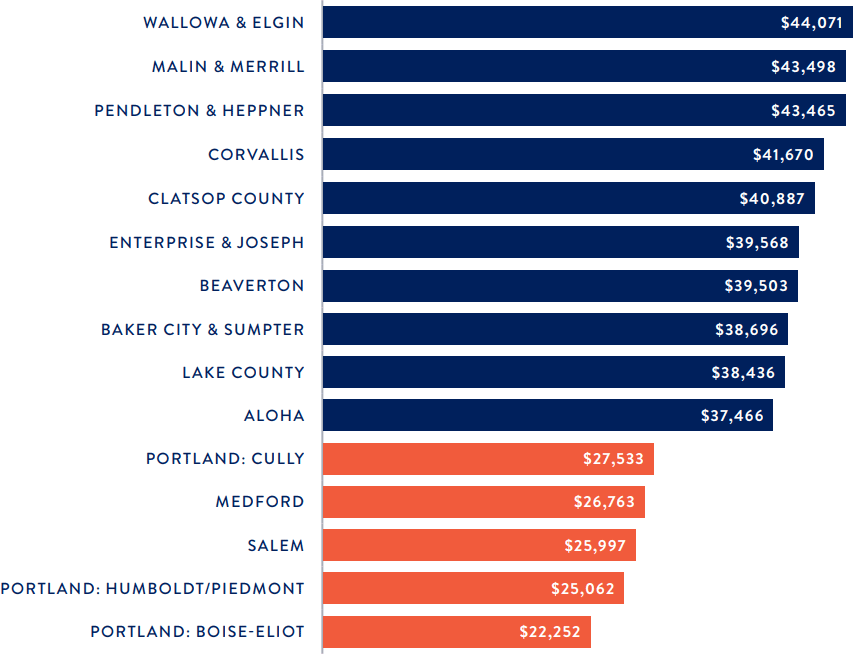 In Portland, several of the low-opportunity communities make up the Albina district, which became the heart of the Black community because discriminatory policies like redlining concentrated the population there. Decades of disinvestment, gentrification and displacement compounded the effects of racism and discrimination experienced by residents of color.

OI data is just one measure of community vitality; data alone cannot describe the nuances and complexities of Oregon’s communities. All communities have assets to build on, and their history, culture and values can be vibrant regardless of these opportunity metrics. Dedicated individuals and organizations are working to build better communities across our state.

The previous section described what existing research tells us about how school quality, social capital, employment and neighborhood integration are connected to place and opportunity. Looking at key data points for these four factors across the high- and low-opportunity areas, there is no one-size-fits-all explanation for why low-income children fare better in certain Oregon communities. Rather, each community seems to have its own mix of factors that shape opportunity.

Diving deeper into high-opportunity communities will help us better understand the complex picture of how economic mobility differs from community to community, as well as common challenges and strengths. The next section will further explore the opportunity structure in four communities: Beaverton, Bend, Lakeview and Wallowa County.

Next: Profiles of Opportunity »