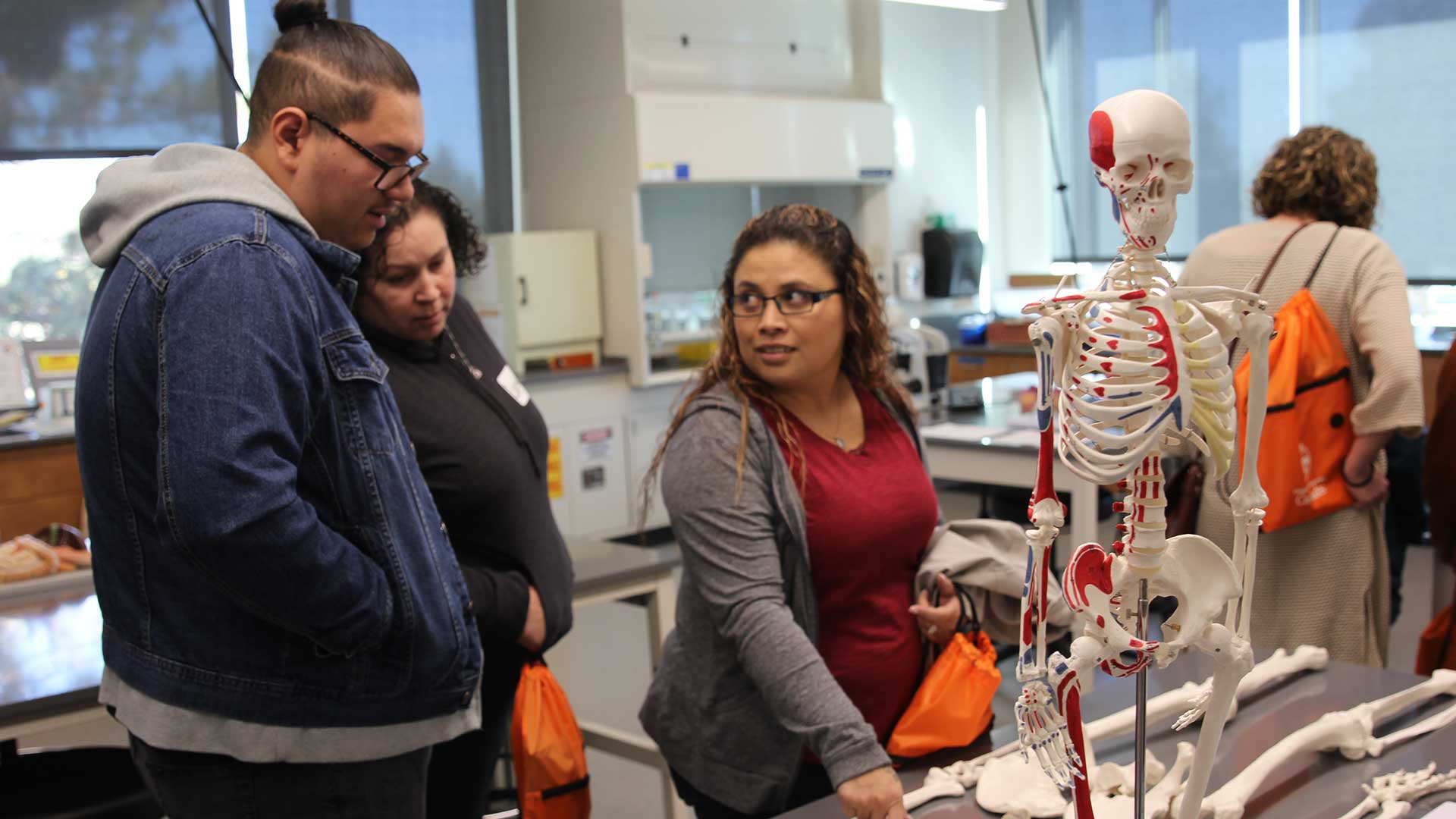 From the 2020 TOP Report “Cornerstones: Economic Mobility and Belonging in Oregon”

In a city that is often described as divided politically, economically and racially, the high-opportunity neighborhoods in Bend tend to be more integrated—especially Mountain View.

The Deschutes River and Highway 97 divide Bend into east and west sides. On the west side, incomes tend to be higher, poverty rates are lower and people of color make up a smaller percentage of the population.

Both Mountain View and the Orchard District are on the east side of the city. The median annual household income in Mountain View is close to that of Bend overall at $62,354, while the median household income in the Orchard District is lower at $46,284 (OI, 2018). Both neighborhoods are racially and ethnically diverse — especially Orchard District, where 27% of residents are people of color compared to 14% of the city overall.1 Although growing up in economically integrated neighborhoods may have been one driver of opportunity for the OI cohort, several other recent trends in education and the economy may be playing a role in shaping opportunities for low-income children and children of color growing up in the city today.

Culturally specific and relevant programs and services are helping Bend’s Latino students and their families succeed. Better Together, a Central Oregon collaborative working to ensure success for youth all along the cradle-to-career continuum, facilitates a network of over 60 regional partners and organizations working to close the opportunity gap for Latino students. 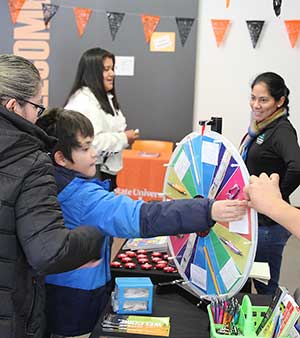 One of the many partners involved is the Juntos Program in Deschutes, Crook and Jefferson counties. A statewide program sponsored by Oregon State University Open Campus, Juntos provides programming to middle and high school students and their parents to encourage students to stay in school and pursue postsecondary opportunities. Student cohorts from every Central Oregon school district participate.

Children who grew up in low income families in the Mountain View and Orchard District neighborhoods have an average household income of $35,974.

Ensuring that schools are welcoming for families can play an important role in student engagement and success. Bend-La Pine Schools recently conducted an excellence and equity review that included 18 listening sessions with 133 parents/ guardians and a survey completed by 2,000 family members. Families of color and Spanish-speaking families who participated in this review were more likely to feel unwelcome at district schools (Bend-La Pine Schools, 2019).

Prior to the survey, the district hired four Latino family liaisons who support Latino students at all schools in the district. The liaisons help Latino families to feel welcome and to navigate the school system. They also help non-Latino staff better understand how to work with families.

According to Kinsey Martin, assistant director of the district’s English language learner and dual language programs, many schools have found the liaisons valuable and asked how they can have them for more time at their school. She says, “It has allowed our schools to see the gaps that have been there for a long time, as far as services and supports for this group of families.” This has allowed staff like Kinsey to push for hiring more staff and administrators of color in the district. While 12% of the district’s students are Latino, only 4% of teachers are.3

The district has also been working to foster a safe school experience for all students by training staff and administrators on how to interact with students who have experienced historical trauma such as racism, or adverse childhood experiences (ACEs) such as abuse or having a parent with substance use issues. Experiencing poverty, racism and ACEs over time without the presence of supportive adults contributes to toxic stress that can have long-lasting, detrimental effects on the mind and body (National Scientific Council on the Developing Child, 2005/2014).

This work is possible because of a $1.5 million grant awarded to Better Together from the Central Oregon Health Council. Through their Culture of Care initiative, the Better Together partnership and a team of “care coaches” at High Desert Education Service District aim to coach all staff who interact with students: bus drivers, cafeteria workers, janitorial staff, teachers and administrators. The hope is that increased knowledge and skills will combat the effects of trauma by promoting strong relationships between students and staff, implementing more positive and culturally relevant approaches to discipline, and building a safe learning environment.

Growth is not a new trend in Bend. After the decline of the timber industry in the 1970s and 1980s, an influx of new residents in the 1990s ushered in Bend’s transition from a timber town to a haven for those who love outdoor recreation. New residents were accompanied by a booming housing market and the associated construction and trade industries.

“You can see it walking trails on the east versus the west side. You see it in sidewalks. You see it in investments, and there is a real east-west Bend divide.”

When the 2008 recession hit, Bend suffered economically like many other U.S. communities. In 2007, at the height of the housing bubble, the median home price was $396,000 — a record high. By 2011, prices had dropped to just $166,000 (Hubbell Communications, 2019). Unlike other communities that struggled to recover, Bend started growing again, this time attracting diverse industries like tech, aviation and craft brewing. 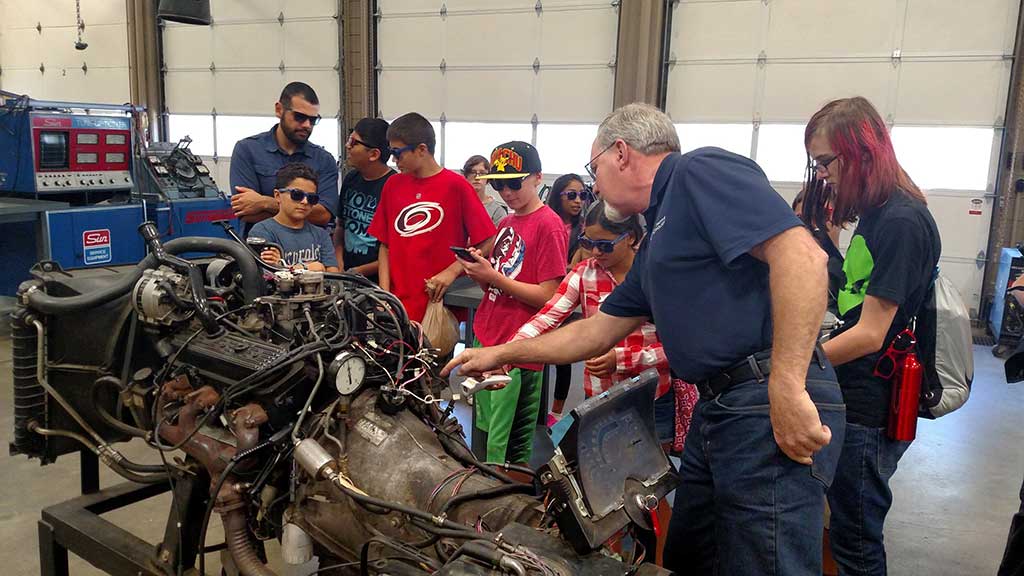 This growth has not been without problems. In a recent survey of city residents, the majority of respondents believe that growth is negatively impacting Bend because it is only benefiting a few, is not resulting in more jobs or economic opportunity, and is creating more problems, especially around affordability and congestion (Hubbell Communications, 2019). In particular, residents are concerned about housing affordability and the availability of living-wage jobs. Nearly 2 out of 3 respondents were “very concerned” about affordability, with women, people of color and middle income earners more likely to express concern.

Bend is one of the country’s fastest-growing labor markets, but wages are not keeping pace with the rising cost of living. In a survey of Bend residents, nearly two-thirds listed creating more living-wage jobs and diversifying the economy among their top priorities (Hubbell Communications, 2019). In the last five years, the city has gained 19,621 jobs — an increase of 26.6% (Stebbens, 2018). Despite this growth, more than 14,000 households (37%) do not make enough money to cover basic needs like housing, transportation, food and child care.5 To cover household needs, a family with two adults, one preschooler and one school-age child would need to make $53,595 annually. A single parent with two children would need to make $52,542 (Pearce, 2017). However, the median income is $32,569 for single mothers and $45,164 for single fathers.6

“How do you make ends meet in a town that has become more and more expensive but doesn’t have professional entry-level jobs that you can manage to live on?”

The city’s record growth has also pushed up the cost of housing. Between 2010 and 2018, wages increased by about 29% while the home sales price grew by 110% (Parker, 2019), and median rent increased by 42%.7 Moreover, more than half of renters spend over 30% of their income on rent.8 The growing population has made it difficult to meet housing needs. A recent report found that the city lacks more than 4,700 units of housing for households making less than $25,000 (ECONorthwest, 2017). This shortage means that lower-income residents are finding solutions like doubling up with other families or else living in housing they cannot afford. Over the last few years, the city of Bend has taken steps to increase the housing stock, including loosening zoning restrictions and committing to facilitating the creation of 3,000 housing units by the end of 2021. The housing creation goal was set in mid-2019 and so far has resulted in 354 units of residential housing, 1,300 units under construction and an additional 550 units going through the permitting process (Visser, 2019). 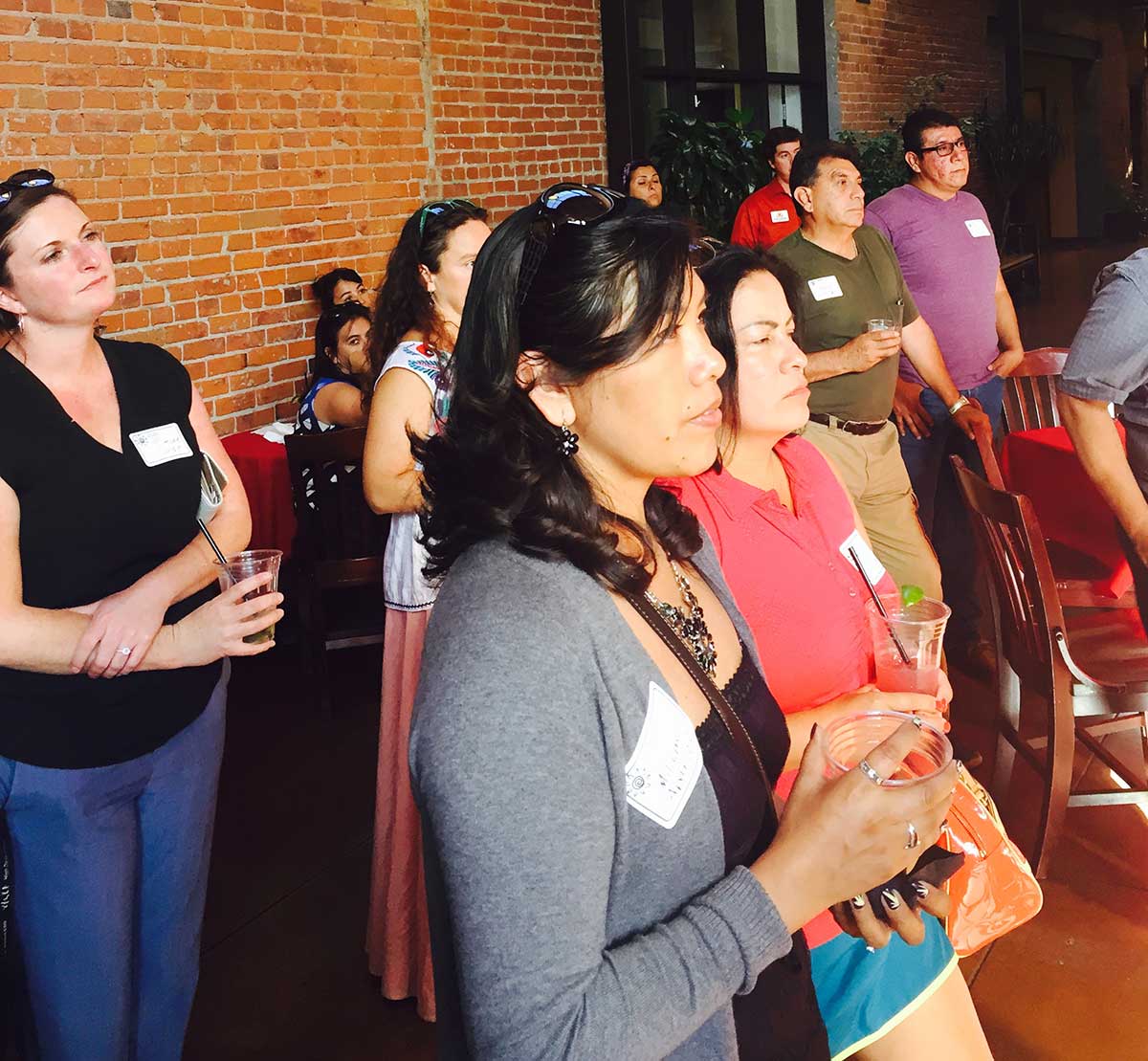 Bend’s natural assets and collaborative spirit have long compelled people to call it home. Although the growing population strains housing, roads, schools and other community resources, it also presents an opportunity: New people bring new ideas, perspectives, experiences and sometimes resources. Many community members are harnessing this energy to think and do things differently in a way that responds to changing community needs while continuing to expand opportunity for low income children and children of color.

This story is one part of our 2020 TOP Report, “Cornerstones: Economic Mobility and Belonging in Oregon” part of series of six reports tracking economic, social and environmental progress in Oregon. View the full report.

A Supportive Home for Displaced Women