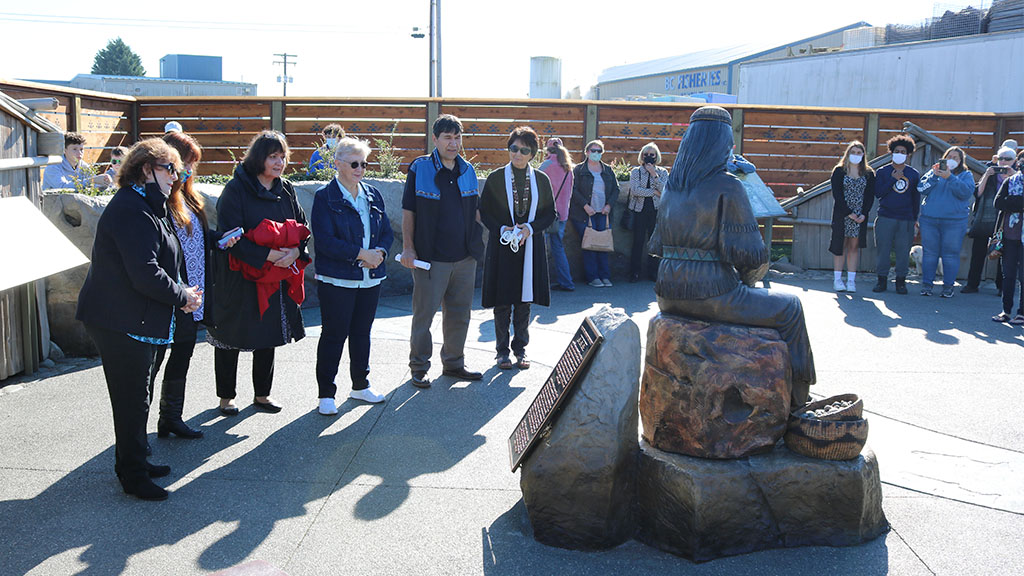 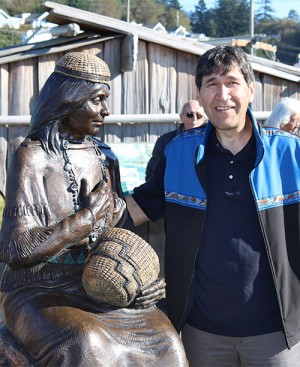 By the time she died in 1940, Lucy Dick had witnessed the loss of the way of life she knew as a child as white settlers transformed her people’s homeland.

In 1856, Lucy and her Chetco people were forcibly relocated to the Siletz Reservation 229 miles north. Along the way, Lucy’s father and many others were killed. Their ancestral land near the mouth of the Chetco River later became the Port of Brookings Harbor.

“This is the first time since 1856 that there has been a marker that indicated a tribe lived in this area,” says Megan England, board member of the Chetco Indian Memorial Project, Chetco/Tututni/Gros Ventre descendant and member of the Confederated Tribes of Siletz Indians.

The 2011 tsunami that damaged the Port of Brookings Harbor revealed evidence of a 2,000-year-old village, inspiring board members to design the memorial as a simulated village to educate visitors, residents and tribal members, many of whom knew little of the Chetco people.

“There was virtually no history of the Chetco Indian people. We wanted to tell that story and conserve the history of those people, who were the first residents of Brookings Harbor.”

Board president of the Chetco Indian Memorial Project, Chetco/Tututni/Gros Ventre descendant and member of the Confederated Tribes of Siletz Indians.

The prominent memorial features life-size facades of traditional plank houses, an indigenous plant garden, interpretive signage, and a bronze statue of Lucy Dick, who returned later in life and was the last known full-blooded Chetco to live in the Chetco Valley.

In October 2020, years of volunteer planning, organizing and fundraising culminated in the dedication of this memorial. Just one of many supporters, OCF was able to provide grant funding for this project thanks to donors who entrusted us with their philanthropy. As a result, donors’ passion for preserving and interpreting history met a community need they may never have anticipated during their lifetimes.