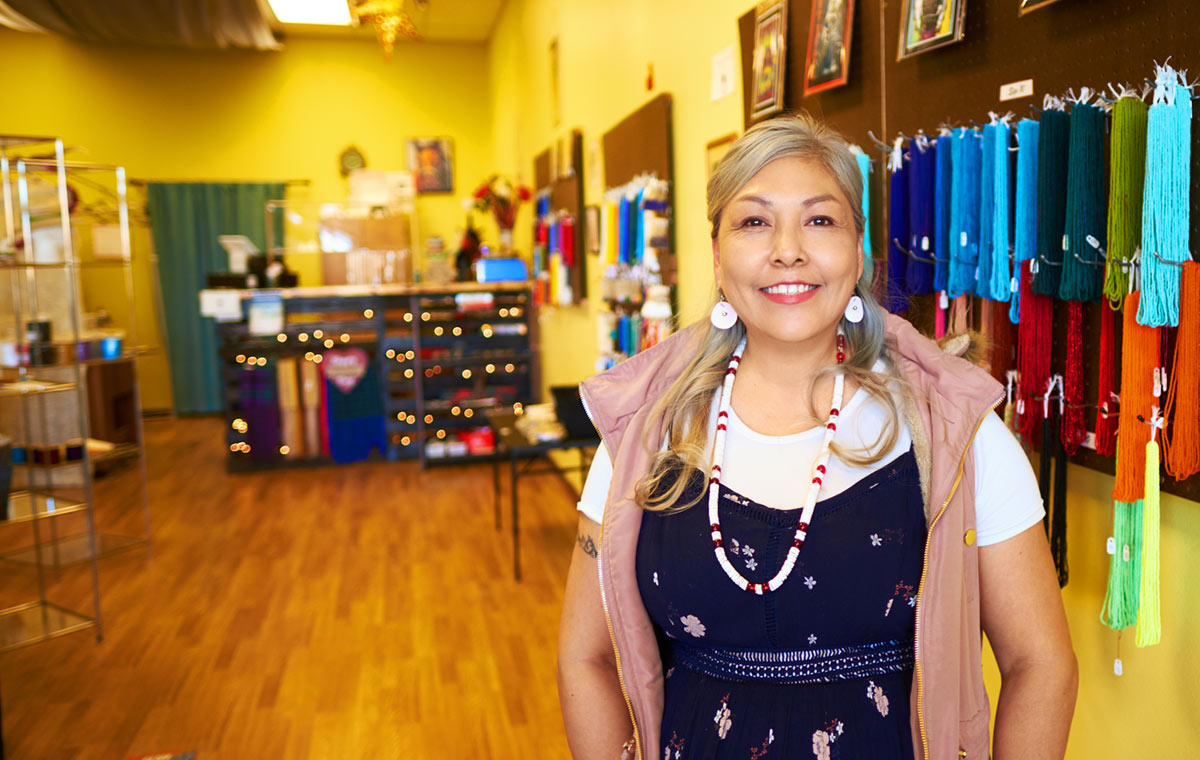 Expanding Opportunity for Oregon Entrepreneurs Who Help Their Communities Thrive

Almost anywhere you look in Oregon, you’ll find new businesses, goods and services, and economic opportunities that exist in part because of Oregon Community Foundation donors.

OCF grants, loans and equity investments are invisible ingredients in an extraordinary array of Oregon-born products and companies — as well as a statewide ecosystem of entrepreneurship programs and resources that have helped them and others succeed.

OCF-backed success stories range from Portland-made mushroom jerky to a commercial co-working kitchen in Cottage Grove; from a company disrupting the cremation industry to another that invented next-generation ink for manufacturing semiconductors; from a business-networking boot camp in Clackamas County to expanded loan access for Umatilla Tribal members.

Building on OCF’s nearly 15-year record of bolstering entrepreneurs and the ecosystem that helps them succeed, the foundation today is evolving that work to include Oregonians who have historically been shut out of opportunities to start and grow their own businesses.

“The more economically sound a community is, the better the outcomes in all realms: education, housing stability, childcare, health, the arts. It’s all interconnected,” says Megan Loeb, OCF senior program officer for economic vitality and housing.

“OCF’s aim for being involved in supporting entrepreneurship and other drivers of economic vitality is to create thriving, vibrant communities across the state of Oregon, with an intentional focus on communities that have been underrepresented in terms of economic growth and their opportunity to access capital and build wealth.”

In June, the OCF board named a new CEO, Lisa Mensah, who brings with her decades of expertise in increasing access to capital in distressed and low-wealth communities. Before joining OCF in mid-September, Mensah led the nation’s largest network of Community Development Financial Institutions (CDFIs) and worked on rural poverty with the Ford Foundation and as Undersecretary for Rural Development at the USDA in the Obama Administration, managing a $215 billion loan portfolio.

Later this month, OCF will announce the second cohort of Thriving Entrepreneurs grants. The program, launched last year, prioritizes funding for organizations that serve people of color, women and rural entrepreneurs. The first cohort of 28 grantees received a total of $580,000 in OCF funding.

“We are looking at who in our communities are able to build wealth, as well as how that process works. So often, it’s through building small businesses,” Loeb says. “And yet everybody does not have equal access to capital and support. It boils down to economic justice and really looking at how as a foundation we can promote greater opportunity for economic mobility for all Oregonians. It won’t ‘just happen.’ We need to make sure there are resources and support going to specific areas, to level that playing field.” 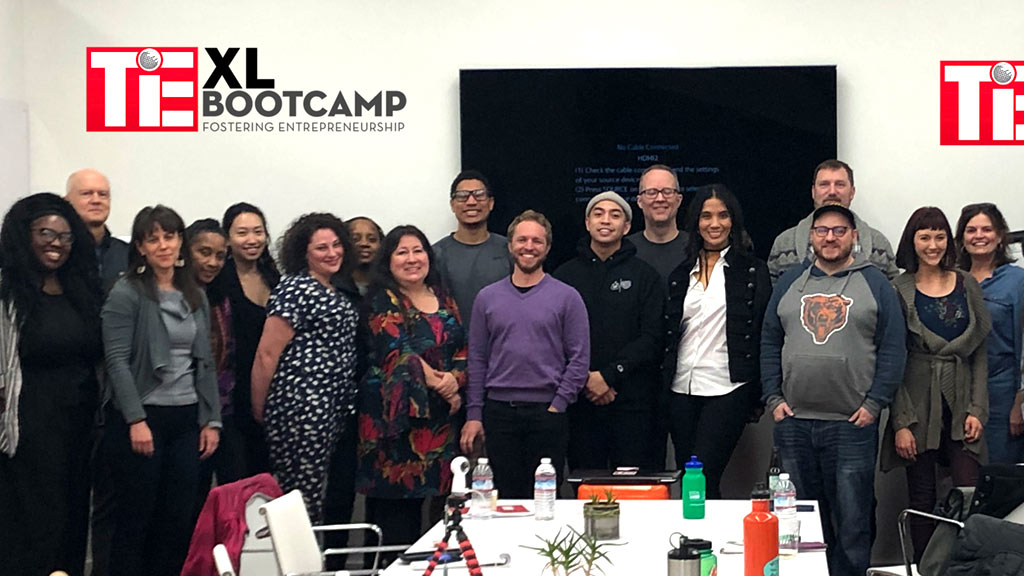 OCF supports entrepreneurship in its usual behind-the-scenes way — by helping the helpers who help Oregonians. To do this, OCF uses three powerful tools: grants to nonprofits, low-interest loans to intermediary community-based lenders, and equity investments in venture capital funds with goals that align with OCF’s mission.

All of these tools bolster would-be business owners at key junctures on the path to success, through a range of programs and resources. These include college classes that foster inventive thinking and go-to-market skills; business accelerators that provide technical assistance and mentoring; early-stage capital for nascent companies; and loans that enable new and established companies to grow and scale.

The nonprofits, lenders and investors that receive OCF funding use it to provide budding business leaders with more than dollars, says Jean-Marie Callan, OCF senior research and learning officer. Callan co-authored, with OCF researcher Becky Seel, an upcoming report that describes how OCF uses discretionary (board-directed) resources and a small portion of the OCF endowment to support entrepreneurs across the state.

“When you think about this world, you might think mostly about capital in the sense of money. But in addition to money, it’s the social capital — the connections and networks that these organizations and funders facilitate — that is also clearly really critical, and that's a big theme that runs through the stories in our report,” Callan says.

From 2017 to 2021, OCF made just over $2 million in grants to 23 organizations that support  Oregon’s entrepreneurial ecosystem, in addition to those newly made in 2021 through the Thriving Entrepreneurs grant program.

Among OCF grantees is Built Oregon, which connects Oregonians who are developing new consumer products — food, apparel, home goods and more — with mentors, creating channels of support especially for people of color, women and those living outside the I-5 corridor.

The nonprofit partnered with Portland’s Incubator Experiment (PIE) to create the nation’s first non-profit consumer product accelerator, a four-month program that provides mentorship, partnerships and a collaborative hub for company founders making $100,000 to $1.5 million annually, without asking for a share of future revenue. An OCF grant helped them launch the idea.

Michael Pan, creator of Pan’s Mushroom Jerky, was part of the accelerator’s first cohort and steadily growing his business before his appearance on “Shark Tank,” a reality TV show, resulted in a $300,000 investment and one million new orders in two days. Pan had help from the accelerator to staff and navigate production challenges. Today, the company has about 35 employees and $4 million in revenue.

“The first cohort helped us understand how to support future companies through financial acumen, sales channels, and brand positioning. We also learned about the relative isolation and uncertainty among entrepreneurs and the need for peer support and connection,” says Built Oregon founder and director Mitch Daugherty.

Rebecca Smith, who wanted to open a storefront for Ice Queen Paletas, a line of vegan popsicles that draw from Smith’s Chicana and Indigenous heritage, also benefited from the accelerator. The program matched her with an architect whose renderings for her new retail space saved her thousands of dollars in consulting fees, and Built Oregon’s expertise helped her proceed through a maze of permitting and contracting.

Loans to the loan makers

Another tool that OCF uses to help Oregon entrepreneurs thrive are low-interest loans provided to intermediaries, typically CDFIs, that then use the funds to provide smaller loans to small business owners who are unable to access traditional sources of financing from banks.

These loans to intermediaries are sourced from OCF’s Oregon Impact Fund, which enables donors to make a difference not only in support of entrepreneurs but also in the areas of affordable housing, education, health care access, natural resource management and job creation in underserved communities. (Learn more in the Oregon Impact Fund 2021 Annual Report.)

One of those loans went to Community LendingWorks (CLW), a CDFI with offices in Springfield, Oregon City, Corvallis and Salem. CLW is best known for loans of less than $100,000 that assist entrepreneurs with start-up and expansion. The organization averages about 300 to 350 small loans a year; in 2020, they made 1,500 loans to meet demand. Each loan has its own story, usually featuring an Oregonian who lost or switched jobs to pursue something different.

CLW strives to bring more financial agency to rural areas, humanize the loan industry, and change practices that hinder entrepreneurs of color. Its mission is to provide capital to individuals and businesses who have historically been denied. During COVID, CLW expanded its  reach to assist Oregonians in certain rural parts of the state who don’t have CDFIs in their communities.

Grant County in eastern Oregon, for example, wasn’t originally part of the organization’s scope, says CLW Director of Lending Lynn Meyer. But over the past three years and with OCF support, CLW has developed new relationships and become an ongoing resource for rural communities in Grant County and elsewhere in the state.

“Now that we are working with them, we can let them know it’s not just a flash in the pan and that we’re here for them,” Meyer says.

OCF invests up to 1% of its endowment in Oregon-based venture capital funds. These equity investments are the third tool that OCF uses to support entrepreneurs. They allow the foundation to invest in companies that are in a start-up or early-growth phase, with the two-part goal of achieving a financial return for the OCF endowment, while generating economic benefits across the state.

From 2017 to 2021, OCF invested nearly $5 million in 19 venture capital funds that have supported over 150 companies. These investments are helping established venture funds provide more support to more Oregon companies and promoting the growth of new, local venture funds.

Among those local funds is Elevate Capital, an Oregon-grown venture capital firm that invests in early-stage, women- and minority- led companies that have a hard time raising money.

OCF investments in entrepreneurs and the nonprofits, lenders and funders that support them have ripple effects across Oregon — as new founders grow their companies, employ people who can support their families and contribute to their communities, and build wealth for themselves and their employees.

“At OCF, we believe philanthropy should play an active role in supporting entrepreneurship for economic vitality in Oregon,” says Su Embree, OCF board member, cofounder of Emerging Leaders, and former owner of DHM Research. “Small businesses help communities by keeping talented people in Oregon. Owning a small business can be key to individual and family prosperity – it's often a pathway to get out of poverty. Supporting entrepreneurs, particularly entrepreneurs of color, women and those in rural communities, is an investment with significant returns for all of us.”

Looking for the full story of OCF’s support for Oregon entrepreneurs?

Provide your email address below to receive a digital copy of the upcoming report. To learn more about supporting the Thriving Entrepreneurs grant program or the Oregon Impact Fund, please get in touch with your donor relations officer.

Provide your email address to receive the report.