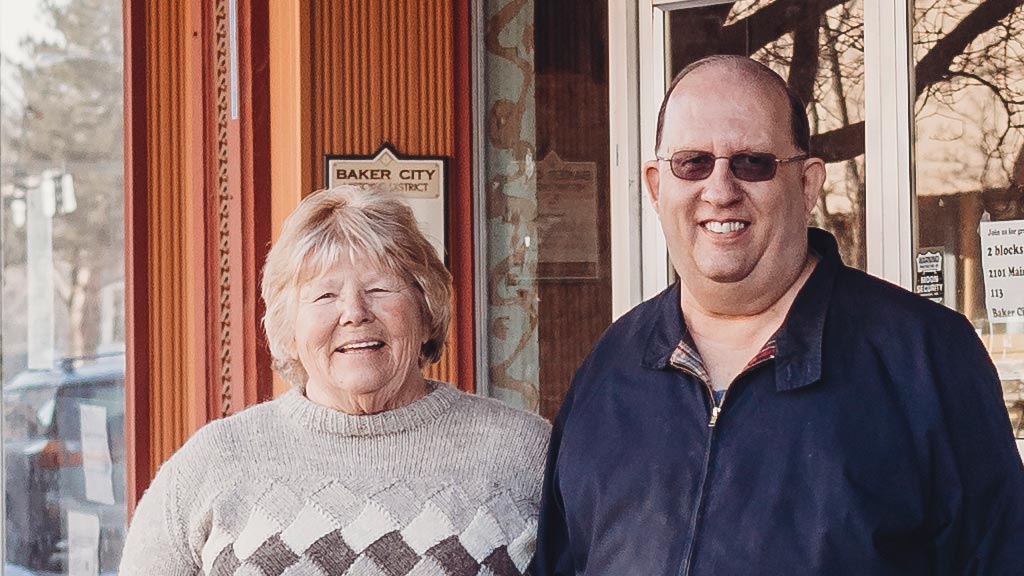 Learning, Libraries and Service: Journey of a Small Town Volunteer

Aletha Bonebrake plays many roles: community ambassador, bridge builder and OCF volunteer, all fueled by a passion for improving lives.

“I have gotten to know the good projects mounted by passionate community groups and the good works that come from OCF’s investment in all of Oregon.”

In 1985, after she received her master’s degree in library science in Madison, Wisconsin, Aletha made a purposeful choice to move to Baker City to work as a library director in an isolated rural area. Despite many career opportunities to move on, she decided to stay in the small town in Eastern Oregon. “I never left because I knew bringing expertise to isolated communities with limited resources can truly impact their future. I knew this to be true from my seven years of prior experience working as a paraprofessional reference librarian for libraries in five different counties of Northern California.” Aletha says, reflecting on her rich journey of community service in that led her to volunteering with OCF.

In her 35 years living in Eastern Oregon, Aletha has served as an elected public official, and has been involved in the establishment and leadership of several nonprofit organizations and associations focused on literacy and expanding access to libraries, civic involvement, advocacy, philanthropy, and community building.

Aletha believes that actively participating in a statewide association that brings collegial expertise to single-staffed libraries enriches the community and provides new expertise to move the institutions forward.  She saw regional collaboration of libraries and having representatives that speak for them at a state level, and help raise funds for mutual growth as ways to strengthen small town libraries.  In 1999 Aletha co-founded Libraries of Eastern Oregon, a nonprofit consortium established to do just that. This consortium brought together librarians from isolated corners of the state into a regional meeting, brought programming and support to small isolated libraries, did collective fundraising, and negotiated a contract for access to online books which saved member libraries 75% of the cost they would pay along.

Aletha is also a founding member of the Baker County Literacy Coalition, a nonprofit established in 2002, where she served as president and still serves as long-term treasurer. She was one of two public librarians appointed to the Legislature’s Senate Interim Task Force for Library Cooperation in 2002. She also became deeply involved in the statewide Oregon Library Association all over the state to represent rural library needs and serving as president from 2006 to 2007. The association helped strengthen local libraries and helped secure ongoing state funding support for children’s library services and promote educational opportunities statewide.

Aletha is proud to share that under her leadership, the Baker City library went from a staff of five to a staff of twenty-two and ran four successful bond levies for capital improvements to build or improve six libraries in other small towns, whose population range from 120 to 540. 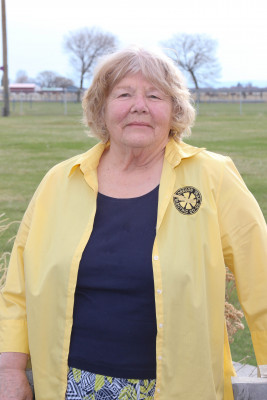 Aletha is well connected in her community and serves on her church’s regional governing councils. She was an elected member of the City Council of Baker City from 2009 to 2013, was appointed by the governor to the State Library Board in 2010, where she served as chair from 2013 to 2017. She was also appointed to the Oregon Rural Electric Cooperative Association’s board, where she still serves as a director.

Speaking about her experience volunteering with OCF, Aletha says, “A crowning joy has been my involvement with OCF, beginning in 2008 serving on a small community advised fund in Northeast Oregon and my subsequent appointment to OCF’s Eastern Oregon Leadership Council in 2009, when it was formed and where I still serve.”

Aletha leads by example as an active volunteer, instrumental in bringing the community voice to OCF and spreading the word about OCF’s work.

“I have gotten to know the good projects mounted by passionate community groups and the good works that come from OCF’s investment in all of Oregon.  I have helped bring new people into OCF’s donor community and have participated in grant evaluation groups and regional strategy development.”

Aletha has been a part of a number of OCF activities over the past 12 years, but her most memorable moment was in 2019 when she took Baker City resident David Burris to the annual OCF luncheon in Portland to show him how important OCF is to Oregon. David had purchased and donated a downtown building in Baker City for community performances, then set up a community advised OCF fund to underwrite national touring groups to make cultural experiences affordable to this very small community. “He was thrilled to be in the room with 800 other OCF supporters, and he says OCF has the most wonderful people he has ever met,” Aletha says. “I agree.”

Aletha is one of more than 1,600 local volunteers who provide OCF with personal, in-depth knowledge of community needs across the state. OCF volunteers serve on the board, advisory and leadership councils, and evaluate grant proposals and scholarship applications. Learn more about our volunteers.

Do you work with a nonprofit or program addressing educational disparities? Sign up for your organization to receive news and updates about Oregon Community Foundation’s GO Kids project, including potential future funding opportunities.

Recovery Grants Keep the Lights On