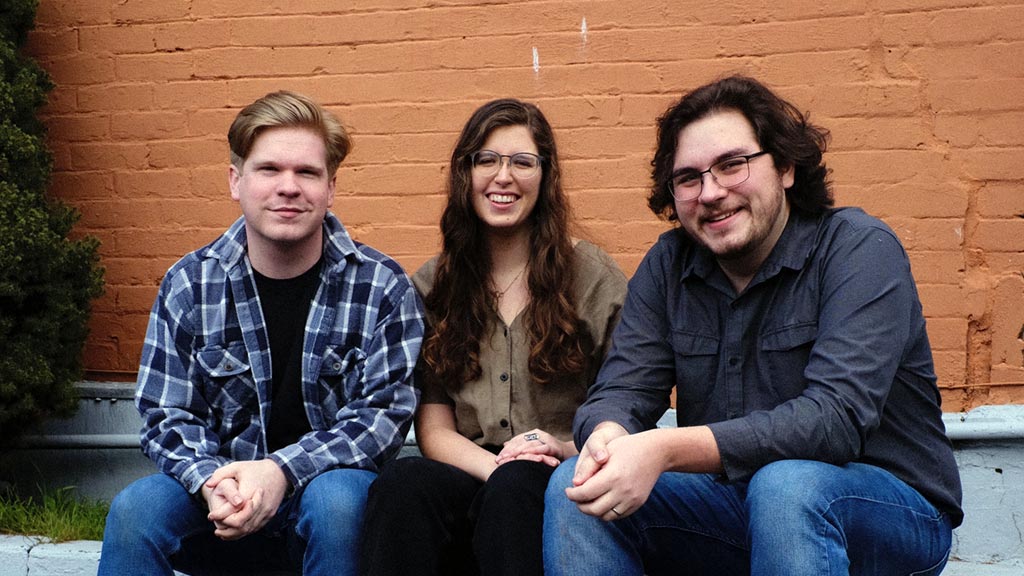 Thornton Wilder’s classic play “Our Town” is coming to Newberg with a new twist. In support of LGBTQ+ residents and people of color, non-traditional casting will include queer and non-white characters in the well-known story of life, death and close-knit community set in the fictional small town of Grover's Corners.

In response to events in the past year in Newberg, where the local school board banned Pride and Black Lives Matters flags from schools (and where an employee was terminated for wearing blackface to protest vaccines), a group of George Fox University graduates made plans for the inclusive production and launched a new theater company, Gather Repertory. Their aim is to address issues facing their town, such as the divisive atmosphere surrounding the flag ban, and help diverse people feel welcome in Newberg. 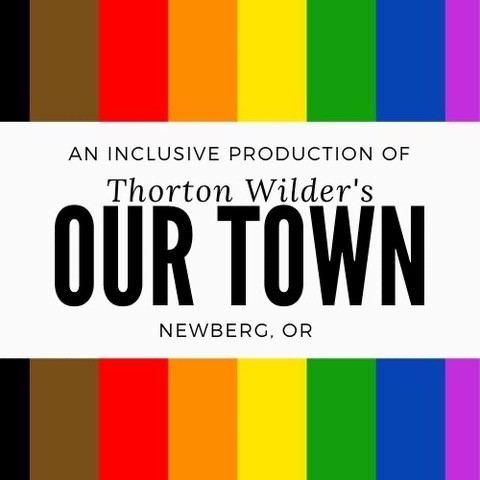 JeanneAnn Comiskey, her husband Brendan Comiskey and friends Reid Arthur and Cora Beeman founded Gather Repertory this year. “Our Town,” to be held at Newberg’s Chehalem Cultural Center in August, will be their first production.

“We kept thinking about ‘Our Town’ because Newberg is this small town that feels very similar in a way to Grover's Corners in that a lot of people know each other and are very interconnected,” says JeanneAnn. “We know that the people of Newberg can relate to this. This is a play that is ultimately about life, love and death and looking back on life and seeing what is actually important.”

Inspiration to reimagine “Our Town” followed Reid’s viewing of an Oregon Shakespeare Festival (OSF) production of the musical “Oklahoma” with non-traditional gender casting. In 2019, while a George Fox University student, Reid came out as gay on stage. Viewing the OSF’s alternative casting of a classic “was a very emotional experience for him,” JeanneAnn says. “He saw himself in it in a way that he’d never been able to.”

Gather Repertory’s “Our Town” production follows the original dialogue and casts Reid as Emily. Reid identifies as male and Emily is traditionally a female character. A nonbinary person is cast as George. People of color will be included in the mix of town residents.

By taking this approach, company aims to help marginalized residents feel supported. “I think the main goal is that queer people and people color go to it and feel celebrated and centered,” says JeanneAnn. “Of course we hope that there is a greater, more inclusive conversation in the general community, and it is a show that we are putting on for everyone, but we want to show that there is this place for you and that you are seen and celebrated for who you are.”

Performances run July 29-31 and August 5-7, 2022 at the Chehalem Cultural Center in Newberg. Tickets will be available on a “pay as you can” basis and cast members will be paid for their time. Attendees can support LGBTQ+ vendor booths during each performance.

The production has raised all but $9,000 of its goal of $25,000 with grants from Yamhill County Cultural Coalition, First Federal and OCF, as well as gifts from OCF donor Ronni Lacroute and other individuals. To support the production make a gift online through the Newberg chapter of PLFAG at pflagnewberg.org/financial-support.

Community members may sign up to volunteer as ushers during performances by contacting Gather Repertory at newbergourtown@gmail.com.