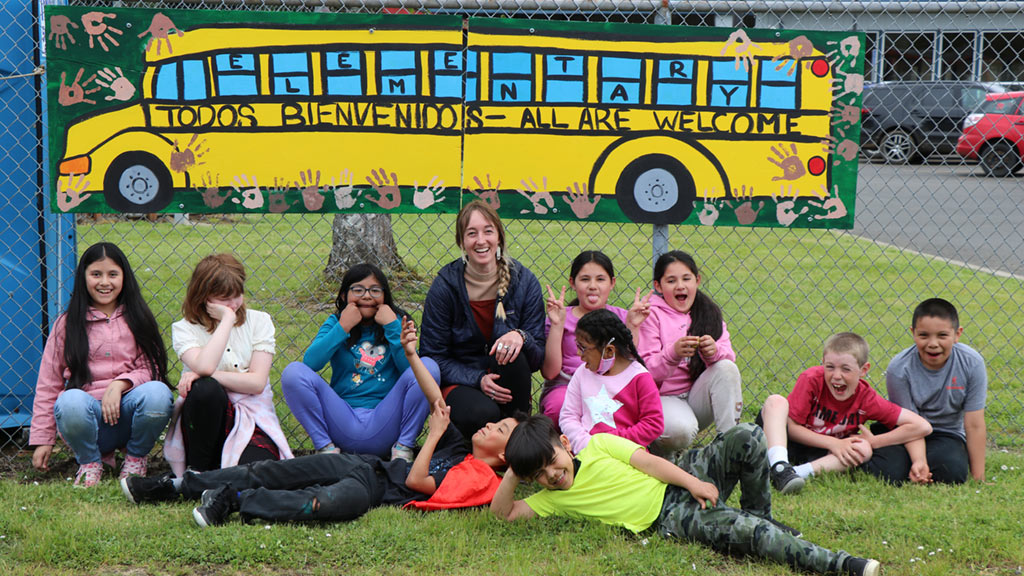 With GO Kids, OCF Works With Communities to Expand Opportunities for Oregon Children

After 12 years of writing grant applications to ensure that arts education is available to Tillamook County kids in low-income families, Leeauna Perry is used to aligning her programs with the agendas and timelines of grant makers outside of her rural coastal community.

The problems arise when life happens: An afterschool class begins tomorrow, for example, but the art supplies she ordered online a month ago haven’t arrived. She could get them in time at a store in Portland, but they’ll cost $75 more than she told the grantor she would spend.

With certain grants Perry has received, “if a need pops up that wasn't a budget line item, you have to go through a very extensive process of saying, ‘Hey, here's my reasoning. Here it is in writing.’ Then you have to wait. Sometimes that can be 15 days, 30 days, six months before you hear back from a grantor, before you can make those shifts,” Perry says.

The GO Kids grant from the Oregon Community Foundation is profoundly different, Perry says, for its flexibility and for the trust it places in nonprofits to know best how to serve local kids.

“As long as we are within our grant intention, we can use the money however it fits the purpose the best. From an operating standpoint, that is huge: When the grantor is flexible, it means we can be responsive to our constituents and respond to their needs that pop up, not just in the overall program, but every single day,” Perry says.

Flexibility, trust and responsiveness to community needs are hallmarks of GO Kids, an OCF program that so far has granted more than $904,000 to 30 Oregon-based nonprofits, including BCAC, that are working to close the opportunity gap for children in low-income families, communities of color, and rural areas throughout the state. The two-year grants renew this fall.

A gap that holds kids back

OCF research illustrates that all Oregon children do not have the same opportunities to succeed. Place, racism and life circumstances play a significant role in moving kids forward or holding them back. The challenges faced by Oregon’s children mirror the national data: One in five Oregon children live in poverty. And in a majority of Oregon’s counties, children who are born in poverty will most likely remain in poverty as adults.

The goal of GO Kids is to shine a light on this opportunity gap, educate communities about how it affects kids in their midst, and support the local nonprofits that are working with families, schools and community groups to close it.

“Kids of color, kids in low-income families, and kids in rural and under-resourced areas just don't have the same opportunities that their peers who don't experience those situations have,” says Carly Brown, OCF program officer for community engagement. “Kids don’t choose their family circumstances or income level, to be subject to systemic racism, or to live in a community with limited resources. When we talk about communities served by GO Kids, those are the ones we’re talking about. And those communities are all over the state.”

A sampling of grantees: 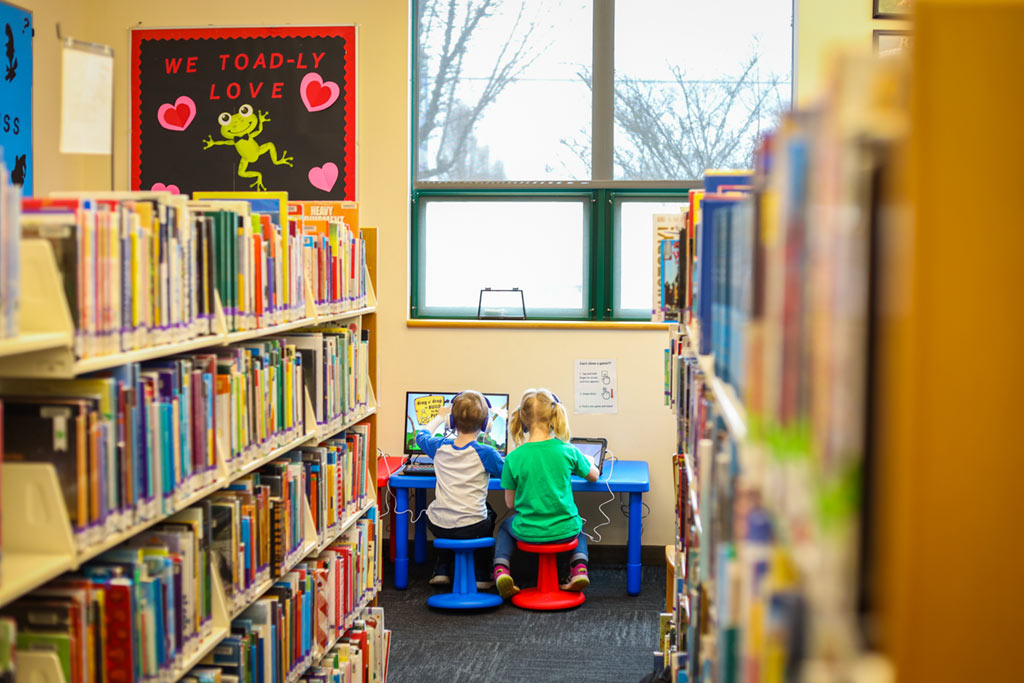 “This is parenting education and support for brand-new parents, to support them in a culturally-specific way, where you don't have to explain some things about your family or your experiences that you might otherwise have to,” Brown says. “BPI provides a community of support that really emphasizes the strengths of families — who get a lot of messages from the broader culture that their families don’t have a lot of strengths — and that’s really important.”

Starting in 2019, lead OCF staff including Brown, Sonja McKenzie, OCF’s community engagement coordinator, and Ruby Buchholtz, community engagement coordinator for GO Kids, tasked eight regional, all-volunteer steering committees with assessing how the opportunity gap impacts kids in their areas. The volunteers spent months researching issues, raising community awareness, and meeting with leaders and nonprofits to find out what it would take to remove barriers and boost school success for children of color, children in poverty and rural or isolated children.

The committees reflect a key principle of GO Kids: Money is critical to addressing the opportunity gap — but so is the need to engage local volunteers, partners and civic leaders in place-based efforts to close it.

“As the foundation, we asked the committees to check in on the organizations who are taking care of kids in different parts of the state,” Brown says. “Part of what we want to accomplish with GO Kids is to have adults recognize that kids who experience the opportunity gap, even if we don't share the same identities or challenges, these kids are our kids. They are Oregon's kids. And it’s not someone else's problem to deal with. It’s our collective responsibility, as the adult ‘neighbors’ to the kids in our Oregon neighborhood.”

In some cases, committee members reached out to nonprofits that hadn’t sought a grant to encourage them to apply, says McKenzie.

“What often happens is that the loudest voices in the room — the most prestigious organizations or those that have a long history — get the lion's share of funding because they have the resources to create a great grant proposal. They do know their community, but they're not always uniquely set up to serve and support marginalized communities,” McKenzie says.

“That’s one of the beauties of GO Kids: We saw lots of organizations get funded that have not traditionally been funded or have even applied to OCF before. They may be struggling, they may be new, but they know those communities, they know specifically what their needs are, and they are doing the work,” she says.

Greater flexibility, after the pandemic

COVID-19 arrived in 2020, before GO Kids was open for grant applications. But with families and kids under intense strain from pandemic-related business and school closures, OCF moved ahead to use some GO Kids funding to support nonprofits struggling to serve their communities.

The pandemic revealed disparities that the steering committees had not previously prioritized, including the lack of digital access in rural communities that prevented children from attending school online. Several GO Kids grants to school districts and nonprofits helped pay for internet service and computers for families without them.

Then, as the pandemic receded, OCF retooled the original GO Kids structure to simplify the grant application, shorten the review period, and make the grants less restrictive. OCF is able to give nonprofits more flexibility in how they use GO Kids grants because the money comes primarily from the Fred W. Fields Fund. At his death in 2011, Fields bequeathed $150 million to OCF with relatively few strings attached — only that his gift be used to fund arts and education in Oregon.

Donors like Fields who do not restrict their giving can have the specific impact they desire — for example, to support arts and education — while also allowing OCF to meet current, urgent needs in Oregon communities.

“If donors who choose to leave a legacy through OCF also give more discretion with their charitable dollars, like Fred Fields did, can be more responsive to evolving needs in our state, now and into the future,” Brown says.

On the North Coast, art helps kids to thrive

The North Coast steering committee zeroed in on boosting arts and education opportunities like those offered by Bay City Arts Center (BCAC). The volunteer-run nonprofit, which has no paid staff, received a $32,000 GO Kids grant to provide local children with tuition-free afterschool programs, camps and cultural experiences that their families and the public schools can’t afford to provide.

In the families served by BCAC youth programs, single parents typically work two, three or more jobs to pay the bills, Perry says. In two-parent families, both parents hold at least one job, or work opposite shifts so that one is always earning money while the other cares for the kids. Despite all that working, the low-wage nature of many North Coast jobs mean parents have neither the disposable income to pay for out-of-school activities like classes and camps, nor the flexible work schedules to transport their kids back and forth to attend them.

About 60% of children in BCAC programs are white, and 30-35% are Latino/x, including many children who are “emerging bilinguals,” which means they are learning but not yet fluent in their second language of English.

The community as a whole is committed to family and to taking care of each other, Perry says. Schools, nonprofits, churches and other faith groups are quick to step in to meet the needs of kids when their parents can’t. At the same time, 15% of Tillamook County residents live in poverty, above the statewide poverty rate of 13%. With that comes high rates of related problems that affect kids, Perry says, including hunger, homelessness, neglect, drug abuse and domestic violence.

“It creates this weird division, and I especially see it in schools, where you have about one-quarter of the kids who come from very affluent families that are very well-educated, who get every opportunity,” Perry says. Of the remaining students, “about half are kids who are low-income but in really good families, and the other half are low income and in really not-healthy situations.”

For children in often-stressed families with limited resources, the BCAC afterschool program  funded by GO Kids provided opportunities to learn, be exposed to art, form relationships with adult and teen mentors, and excel outside of a traditional classroom, Perry says.

For example, BCAC brought in a local professional artist to help second and third graders at South Prairie Elementary School in Tillamook create a mural on their campus, with help from Tillamook High School students. The artist and most of the students were Latino/x. She recalled one boy — with a difficult home environment, who had been acting out in school — who thrived amid the social connections and mural making, Perry says.

“After that, he blossomed educationally, socially and in his behavior management,” she says. “And he kept the trajectory going through the end of the school year, which was really cool.”

Perry says she’s spoken with other funders in recent months that appear to be following the GO Kids model for grant making.

“I've probably seen at least a half-dozen other large grantors shift to a similar kind of grant structure, where it's more about trusting grantees and really listening to us,” she says. “It’s not about checking a box. It really feels like OCF is taking our feedback and responding, so that we can actually see them putting things in motion. And that’s huge.”

Expanding Opportunity for Oregon Entrepreneurs Who Help Their Communities Thrive