Giving rates in both the U.S. and Oregon increased slightly in 2017 (the most recent year for which income tax return data is available), but this marks the second year in a row where Oregonians gave at a lower rate than Americans overall. 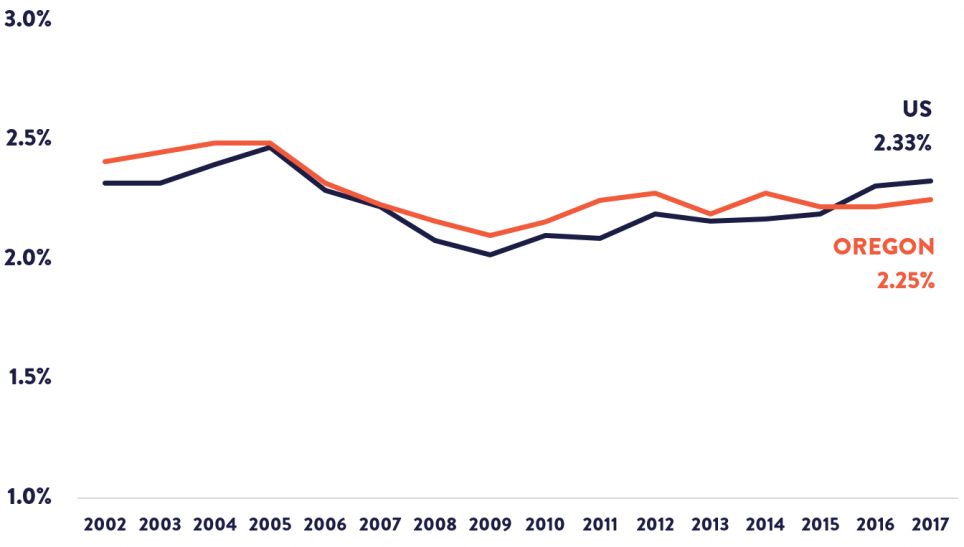 While the giving rate overall showed modest gains, there is a more nuanced story when considering giving by household income level, as growth in income outpaced growth in giving. Across all income levels, Oregonians increased the total dollars they gave by 8% in 2017 compared to 2016, but total income also rose. Oregonians in the highest (making over $200,000 annually) and middle ($100,000-$200,000 annually) income categories remained flat in giving as a proportion of income and giving for households making under $100,000 declined slightly from 1.39% in 2016 to 1.35% in 2017.

Nonprofits in Oregon reported $2.4 billion in donations from individuals, as well as government and foundation grants in 2017. Since 2010, contributions to nonprofits have increased by an impressive 66%. Education remains the top focus area, with 2017 seeing large gains in giving around housing (up 32%) and environmental quality (up 15%).

Use the dashboard below to explore charitable contributions by topic and county. 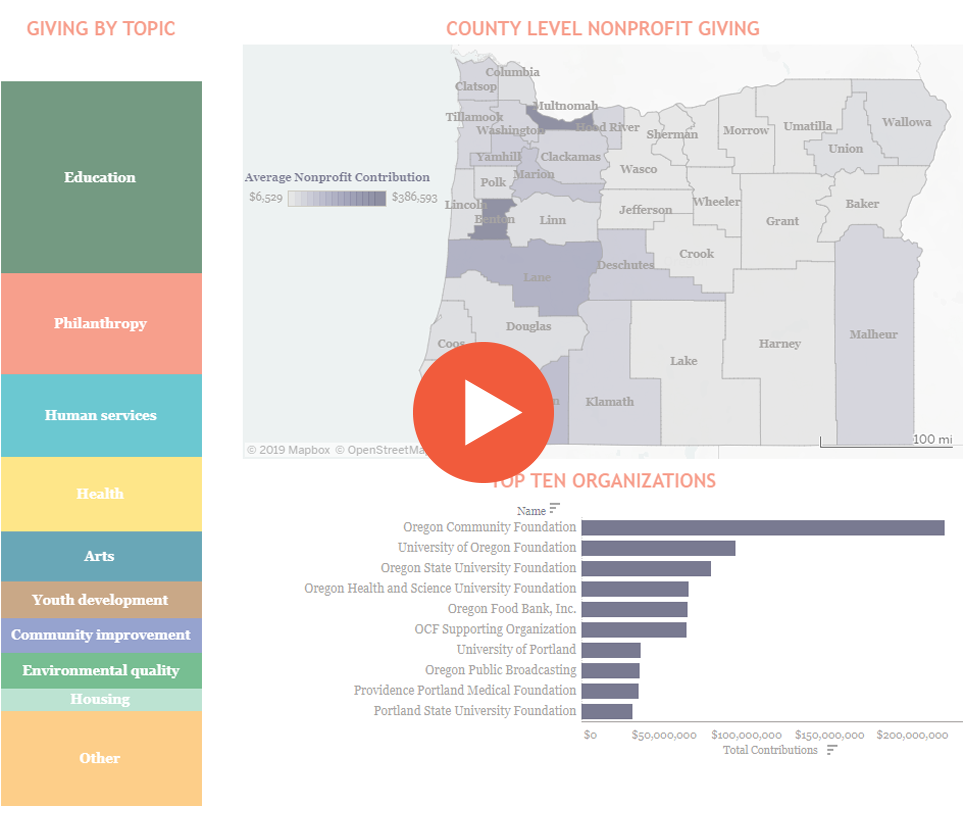 Click the image above to load the interactive dashboard.

Faces of the Future