Ashland resident Tom Jensen knows first-hand how difficult it can be for some students to pay for higher education. Health and financial challenges interrupted his college studies twice, and he never finished a bachelor’s degree. Yet with his aptitude and tenacity, Tom thrived in technology fields—and today finds himself in a position to give back. He will leave a generous gift from his estate to a scholarship fund he established with OCF. The fund will award scholarships to students from disadvantaged backgrounds who pursue marketable skills in science, technology, engineering and math (STEM).

“My legacy is to help kids who are like I was at 19 or 20 to get through school with a little less stress. Hopefully they will be positive influences on the world and their communities, and they will give back as well,” Tom said.

Scholarships will fund students pursuing two- and four-year degrees for careers in STEM fields such as heating, ventilation and air conditioning (HVAC), electronics, engineering, chemistry, robotics and other in-demand fields. The focus of the fund is aligned with his late wife’s wishes as well.

Early Aptitude for Science and Technology

Tom’s exposure to technical pursuits started while growing up in a small Wisconsin community. “My father was an electrician and a chef, and he was very good and building and fixing things,” he said about his father, who died while Tom was a teenager. “I would hang out with him while he was going electrician work. He taught me a lot about working on homes. I could wire up a cabin if he’d let me.”

From age 11 on, when his parents separated, Tom lived with his mother. She worked in dry goods store and as telephone switchboard operator, barely earning enough to make ends meet. But she exposed Tom to the wider world, spurring his interest in science and technology. 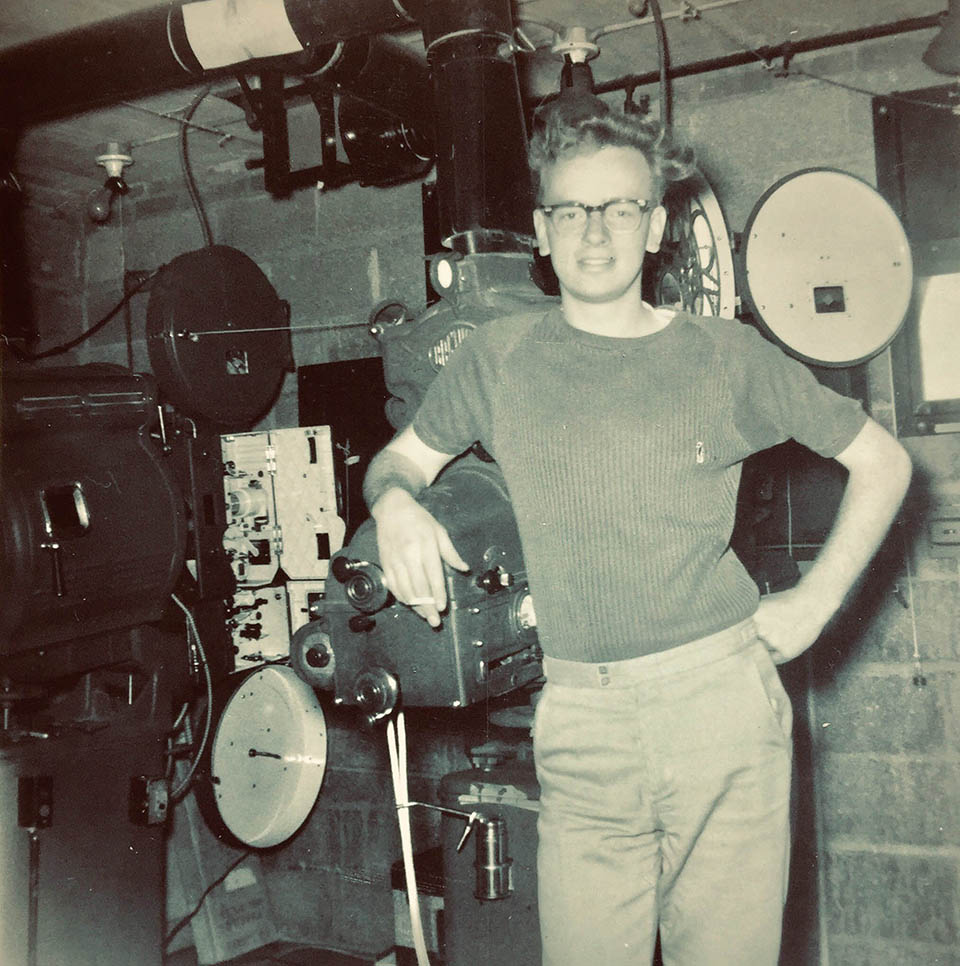 Tom at 17 years old working as a movie theater projectionist.

“In the summers before I was able to work, she would take me to Minneapolis, Chicago and Milwaukee to see museums. In Chicago there is a museum of science and industry. We had planned on going there for an afternoon, but we ended up spending three full days there because I wanted to see it all,” Tom recalled. “She exposed me to a lot of wonderful things outside of our little town, and it was a big influence on me.”

Tom began earning money at a young age so that he could buy clothes and participate in extracurricular activities. He started mowing lawns, and later at age 13 landed a summer job as a projectionist at the local drive in theater. He also had a job picking up garbage during the day.

After high school, Tom self-funded his education at the Milwaukie Institute of Technology, where he earned an AAS degree in electronics and broadcast engineering. While studying, he had to quit school for six months to take care of his mother, who suffered with back pain.

“My legacy is to help kids who are like I was at 19 or 20 to get through school with a little less stress. Hopefully they will be positive influences on the world and their communities, and they will give back as well.”

Tom went on to engineering school at the University of Wisconsin, where he said he learned a lot, but had to drop out before earning a degree. This time it was his own illness, leading to missed work and a lack of money, that interrupted his studies.

“I struggled with money and I could have probably gotten a bachelor’s degree if I had some help,” Tom said, hinting at his motivation for funding scholarships.

After leaving university without a degree, Tom began working as field service engineer, followed by a series of many positions in technology. He eventually moved to Silicon Valley where a nascent technology industry beckoned. Tom continued his education while working. His technical skills, coupled with a drive to improve efficiency and increase revenue for his employers, led to well-paying jobs. By saving with 401Ks, exercising stock options and investing in real estate, Tom found himself in the fortunate position of being able to retire in comfort. 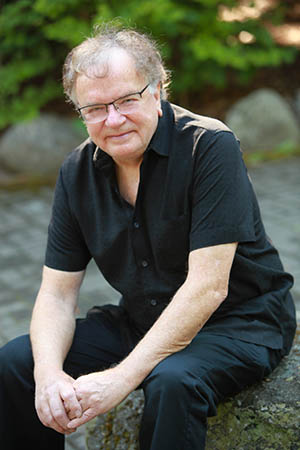 Tom first came to Southern Oregon to hang glide at Woodrat Mountain. “It was the hang gliding that brought me here and then I fell in love with Ashland and decided to retire here,” Tom recalls. In 2011, he and his wife left the Bay Area traffic behind and moved to Ashland (she has since passed away).

As part of an active retirement, Tom still hang glides 15 to 20 times a year, but that’s not as much as he used to. Lifting and running with a 90-pound glider is getting harder now that Tom’s in his mid-70s. He also has a pilot’s license and maintains and co-owns a vintage 1978 Cherokee 180 aircraft that he flies regionally.

Tom’s attorney Philip Taylor of the Law Offices of David P.A. Seulean suggested Tom set up his scholarship fund with OCF. Tom trusts OCF to carry out his intent and legacy. “I’m mentioning Oregon Community Foundation to some other people I know,” Tom said. “I’m happy about leaving this scholarship money to help other kids, as my legacy to the world that’s been good to me.”

No question, nonprofit organizations (and other good causes) need high-quality volunteers, but let’s talk about the idea of fit.