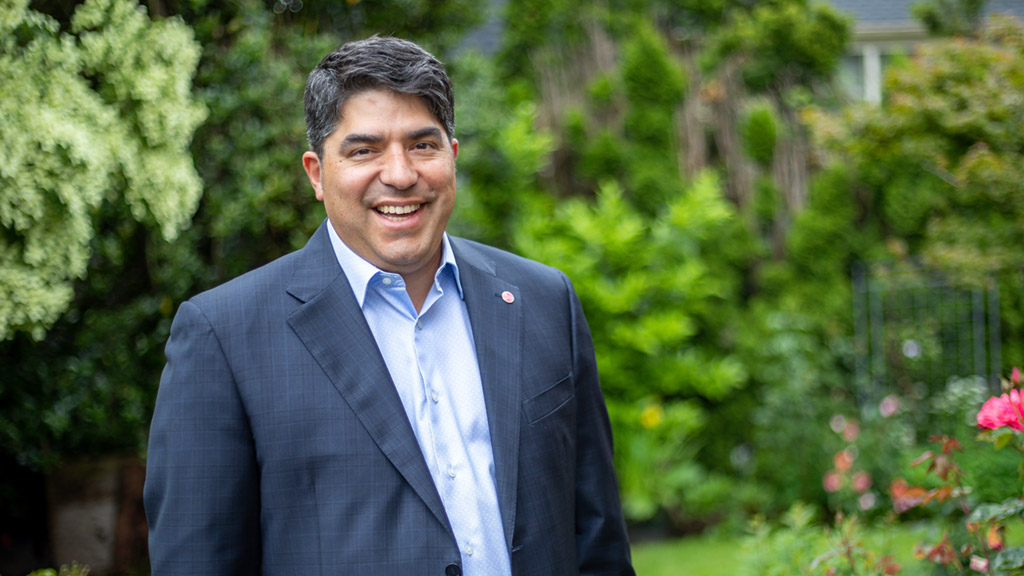 Brian Resendez is a hotel real estate broker with SVN Bluestone in Portland who helped make Project Turnkey — the state-backed transitional homeless shelter program — a reality. Through the process of arranging sales to provide hotel properties to homeless services organizations, Brian learned about issues underlying homelessness and came to understand the need for all of us to be part of the solution. As a result, he became a first-time donor by supporting several organizations.

Tell us a bit about your work

I’m an independent hotel broker or independent commercial real estate broker. I focus on hotels throughout the Pacific Northwest. We are a relationship-based brokerage company that does our best to serve the needs of hotel buyers and sellers.

How did you happen to get involved with Project Turnkey?

In early 2020 I was approached by Homer Williams with Oregon Harbor of Hope. Homer further enlightened me about the homelessness issue throughout Oregon and his efforts to address it. He had identified that hotels would most likely be the best option for finding transitional housing. We didn't really know what kind of business we were going to do or what kind of conversations we were going to have with our clientele. All while simultaneously going through Covid.

We thought this was a good opportunity to at least approach some property owners. A combination of phone calls, emails, visits and literally driving around the state and knocking on doors allowed us to get quite a bit of traction between February and November 2020, at which time the first round of that $30 million in state funding for Project Turnkey was made available. After Thanksgiving the second round of $35 million was available and at that point we knew that we really had momentum.

Our job is not just to understand the properties and the finances, but also to understand the motivation of each buyer and seller, and make sure that we're doing the right thing for them. So we really just made a lot of effort to provide our best understanding of the program, and we were lucky enough to find quite a few people that were willing to play ball.

What did that project provide to you from an emotional and inspirational point of view?

I’ve been an Oregon resident since about 2004. Unfortunately, we’ve seen homelessness become a bigger issue, and it’s something that we need to address, not just for the business owners and residents, but also for these people that have fallen on really hard times for a variety of reasons. It’s not that they want to be there, or because they all have mental illness. Maybe they just got unlucky. I really didn’t get that until Homer explained it to me.

I really believe in Portland and really believe in Oregon. I just love it here and we want to make sure that it has the best chance possible to serve the needs of everybody while still maintaining the appeal that it’s had for a long time. I want to see the city cleaned up and everybody have the same opportunities that they should have as a human right. I think there were a lot of things that I learned along the way. 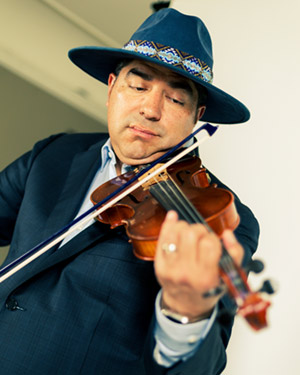 Brian exploring his musical side.

I’ve never donated money. I mean maybe a little bit here or there to the Manatee Foundation or to Boys & Girls Club — little things. I've never really had an opportunity to donate in the way that we’ve done to OCF and Harbor of Hope and the other nine nonprofits we helped across the state, and it’s a very new feeling for me.

Honestly, the emotions are kind of confusing because they’re so new, but in the end, it feels pretty damn good knowing the appreciation from each one of these groups as they receive a donation. It feels like we are truly community partners here.

Could you provide a little detail on your giving strategy?

We considered a few different models on how to provide funding. In total we donated $42,500. It was $10,000 to the OCF Ending Homelessness in Oregon Fund, $10,000 to Harbor of Hope and then $2,500 to each of the nonprofits that we helped. I consulted with my financial advisor, my CPA, friends and family and Cliff Hockley, who is the owner of SVN Bluestone — he contributes money annually to different charities. We just felt like that was probably the fairest way to do it.

A lot of it is dependent on job number one, which is to stay in business, and in brokerage it’s very inconsistent. There are good years and bad years. If we can afford it, we want to do this year after year. We are in a very fortunate position of really loving what we do so it doesn’t feel like work, so that is motivating for us to get out and do what we need to do to close deals. If we can find a way to contribute, whether it’s to OCF, nonprofits, or other areas of interest, I would definitely like to do that on an ongoing basis.

It sounds like you were very impacted by really wanting to get involved in the issue of ending homelessness. Is that a fair characterization?

To me it’s a top priority. In fact, I think Portland Business Journal released a survey of the top issues in the Portland metro market, and an overwhelming 65% of the readers voted homelessness as being the top priority, so it is a big issue.

It’s so difficult. It’s really a humanitarian issue and I’ve had a lot of discussions with Homer about all of this and it's just so damn hard. I don’t have a good answer. But if we can give people a chance to get off the street through transitional housing, at least it’s a step.