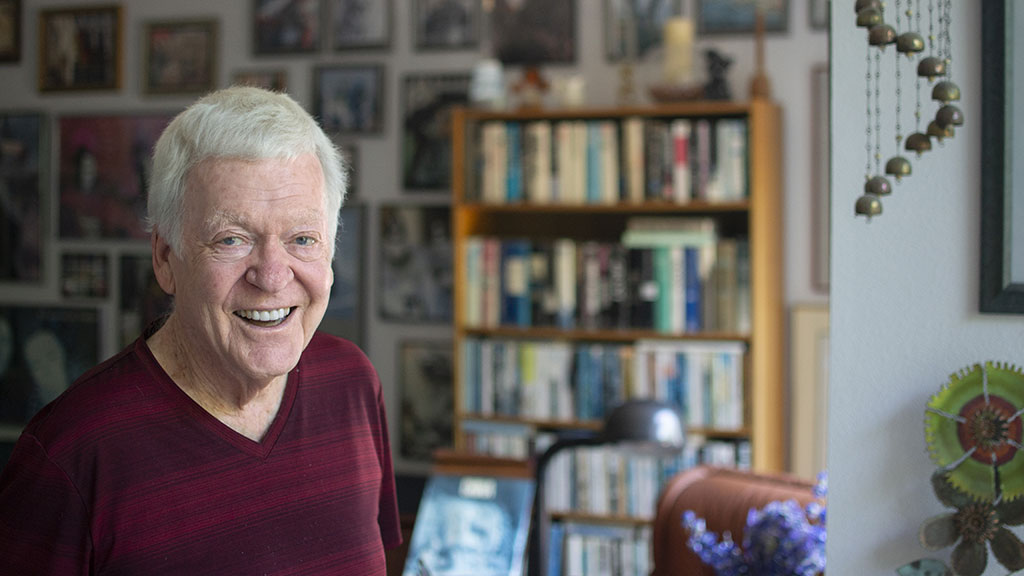 Service to others offers intangible yet invaluable rewards to volunteer and donor Bob Simons. There wasn’t much in Simons’ early life that suggested he would spend 60 years serving and supporting those in need. Yet this lifetime of service offers its own benefits. “I feel that I gain more from my helping someone in need more than the person I have helped,” Simons noted.

As a young adult working in San Francisco, Simons came across efforts to assist the homeless being conducted by Albert Cecil Williams of Glide Memorial United Methodist Church, which started Simons down a path that would be an important part of his life.

In the 1970s Simons moved to Portland where he volunteered for Baloney Joe's Rescue Mission. He started supporting the Southern Poverty Law Center, the ACLU and gun control efforts. Later Simons volunteered with Outside In and other organizations, often interacting with homeless youth and learning about how they fled to the streets to escape unsafe home environments.

While traveling abroad for his role as an executive at Norm Thompson Outfitters, Simons, who is now retired, experienced the struggles of people living in poverty in developing countries. During the work trips he developed a love of travel and he’s now been to 102 countries, with a goal of 197. “I am sure travel increased my empathy and inspired my giving,” Simons recalled. With his busy schedule he had less time to volunteer, so he began to focus more on charitable giving.

Over time Simons realized his direct giving to organizations, often in response to solicitations, just wasn’t efficient. “At one point I listed the charities I was contributing, and the total was 45. I knew I had to do something, Simons recalled. “I consulted with my lawyer Heather Kmetz at Sussman Shank LLP, who recommended that I connect with OCF.”

Starting in 2015, Simons created a series of wholly-expendable funds with OCF to focus his support for 14 organizations in a deeper way, awarding funds organizations such as the Southern Poverty Law Center, Outside In, Amnesty International, Mercy Corps, Central City Concern, Meals on Wheels, Habitat for Humanity and Oregon Food Bank. He named OCF as the primary beneficiary of his estate to leave a legacy of support to his chosen charities.

“I’m proud and grateful to be a part of such an exceptional organization that does so much good in the world.”

At OCF, Simons found what he was looking for: support, versatility, and a wide range of knowledge about nonprofits to help him review organizations and align grantmaking with his values. He credits his donor relations officers Jennifer Olson Curry and Justin Pabalate with helping him better understand and manage his charitable giving. “Bob is one of our most responsive donor advisors,” said Pabalate. “He brings curiosity and knowledge that informs how we do work with other donor advisors.”

“I’m proud and grateful to be a part of such an exceptional organization that does so much good in the world,” Simons said. “I have been a donor to probably over 50 charities over the years, and I feel that OCF has helped me sort out and better organize my approach to giving.”