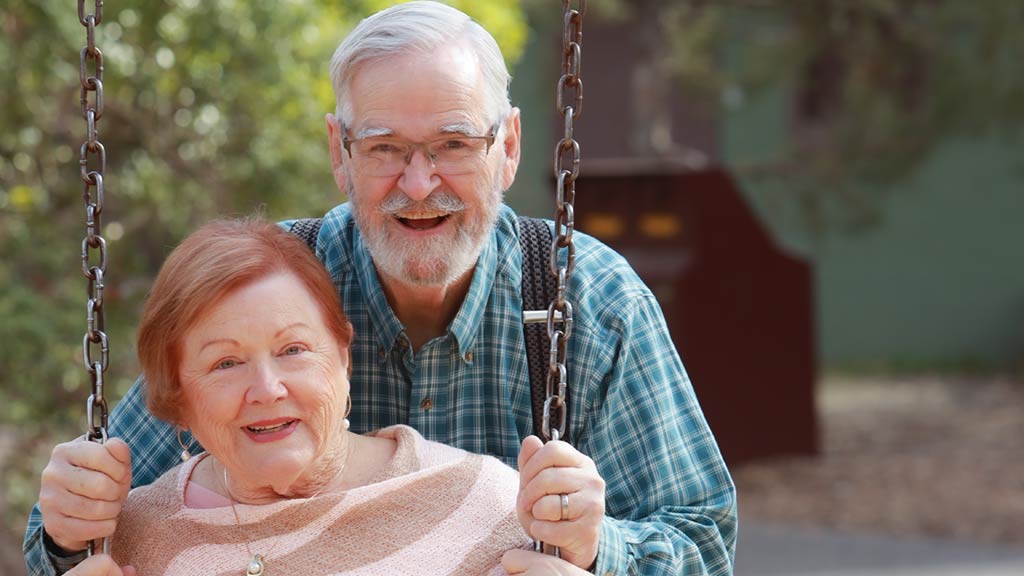 Spreading the Word About OCF

By: Dick and Elaine Sweet

“You know, we set up a fund with the Oregon Community Foundation (OCF),” is a fact that I tell people all the time. We like the work that OCF does and think that they provide an important service. We found that it was a great resource for us.

Dick and I are both retired. Dick was a computer scientist for Xerox and software engineer for Adobe. I worked in the public health field as a researcher at Stanford. We both maxed out on the stress of Silicon Valley. Dick moved to Ashland in 2003 because he’s a theater junkie. I was ready to move somewhere, but I didn’t know where to go until Dick said, “come up here.” In 2004 I moved to Ashland and we got married.

In working with various nonprofits I met Amy Cuddy, OCF philanthropic advisor and Southern Oregon regional director, at a couple of different functions and eventually said, “You know Amy, I have a background that I think would be beneficial to OCF and if you ever need some help give me a call.” She called and my first project was serving as the chair of OCF’s William and Florence Schneider Scholarship Fund, which supports low-income, first generation students from Jackson County. Six or seven years later I'm still doing that. Along the way I got involved doing OCF Community Grant reviews because I used to be a grant writer at Stanford.

We built our home in Ashland as a space to do a lot of entertaining. We've got a space that will accommodate 8-10 friends for dinner or 20-30 people for a meeting. Having folks over for dinner or a meeting is just something we do. A couple years ago OCF wanted to get more people involved and we hosted a couple of Widening Circles events at our house. OCF Staff talked about what OCF is and what they do and then let people come to their own conclusions. As a result, several of our friends have set up funds.

“Retirement is a time of reckoning with questions like ‘what is left for us to share, how can we help now and what do we stand for in this time of our lives?’ Having dear friends like Dick and Elaine as examples — they started this sooner than we did — has been so helpful, useful and encouraging.”

We don't want to leave all of our money to our kids. We think that only so much inheritance is good for them. The rest should go to something more creative and permanent. We got in touch with OCF and decided to go ahead and set up a fund that will be created after our passing.  We were in the middle of redoing our wills and our trust so seemed like perfect timing. Every organization included in our fund is one in which we have been personally involved either on the board or as a volunteer: theater, the arts, science, music and scholarships. If any of the organizations ever close down, OCF has the flexibility to look for something similar to fund with our legacy.

We got a great sense of calm after making these plans. It is fulfilling to know that we made a decision that was going to last into the future, and that something positive will be coming.

There are many paths to giving smarter. OCF can help you choose the course that best meets your needs and supports the causes you care about. Contact a philanthropic advisor in your area to get started.