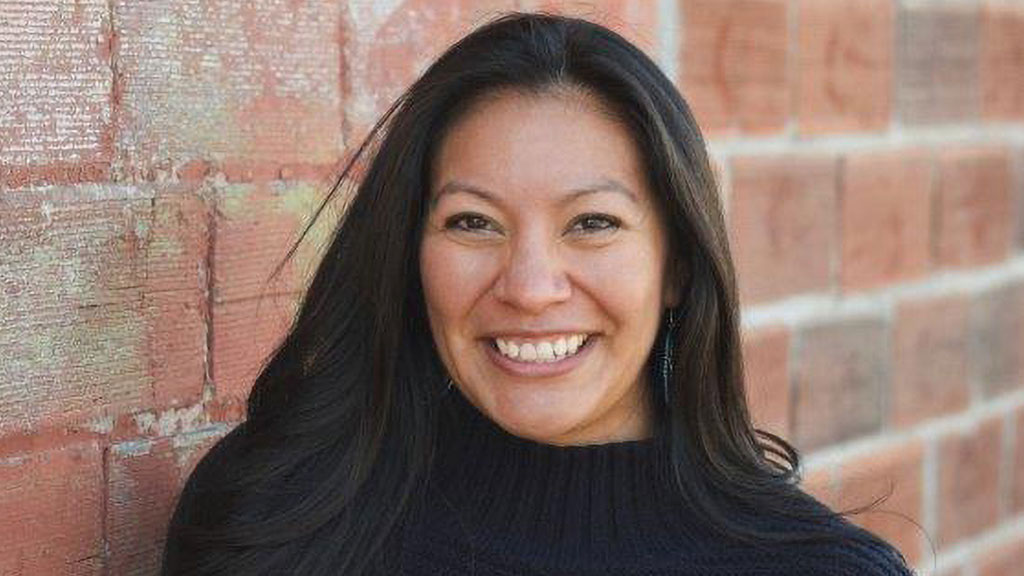 Jessie Hecocta is the relationship manager for Blue Zones Project-Healthy Klamath in Klamath Falls. Since 2015, Jessie has been driving the adoption of best practices for fostering community health, well-being and quality of life within businesses, schools, grocery stores and other organizations. In addition to representing Blue Zones Project in regional committees and initiatives, she is a member of OCF’s Southern Oregon Leadership Council and sits on a statewide OCF community advisory committee for Native American and tribal communities. An enrolled member of the Klamath Tribes, Jessie also serves as a Tribal Council member-at-large.

OCF: How are you doing in these interesting times?

In my role as relationship manager with Blue Zones Project-Healthy Klamath, it has been very hard for me to reach out to businesses to ask if they are OK. I work with some of our larger employers who have had to furlough employees or are asking them to work remotely, so I know it’s difficult for them. I also work with our restaurants, and I know it’s a very complicated time for them. One may be closing their doors permanently; it’s difficult to hear that a business I’ve had close contact with over the last few years is facing some difficulties and I can’t fix that for them.

In our schools — which is another area I work in — students had to be sent home, teachers were very overwhelmed and administrators are trying to understand a new structure and system. And parents are having to leave work — they’re frustrated, they’re confused, they’re overwhelmed.

When things started to open up, I felt like it was going to be business as usual. But it really wasn’t business as usual, and I felt a period of helplessness. Right now, I’m trying to move from helplessness to — when an organization reaches out to me — trying to do the best I can with their request. Rather than throwing different ideas at them, I let them give me an idea that I can work on.

OCF: It sounds like your work was keeping you very busy even before the pandemic, and it also sounds like it addresses a wide range of community issues. And yet, you still manage to find time to volunteer. Why is volunteerism so important to you?

Volunteerism is something I felt strongly about even when I was younger. I got my first official job when I was 14 years old. I worked for a nonprofit called Integral Youth Services here in Klamath Falls. I originally applied to be a cashier at their concession stands, which I got, but I was also given a janitor’s position for the building.

Every day after school, I’d clean the building. One evening, I was cleaning up and carrying out trash in their Homeless Education department, and I noticed all these new clothes hanging on racks and all these bins filled with toiletries.

I asked my supervisor about it the next day, and he explained to me what the Homeless Education program was meant to do, which was to serve homeless youth or those that were runaways. I really valued that, so I told him that was where I wanted to work. I didn’t want to be a janitor anymore; I wanted to serve these youth. I understood their struggle because I didn’t grow up fortunate. I grew up in a low-income, one-parent household, and that really touched me. After that conversation, I became an after-school youth facilitator working with elementary students, and I also became the first youth on the IYS youth board of directors. I always knew that I wanted to serve the community.

OCF: How did you get involved with OCF?

I got involved because of my role with Blue Zones Project-Healthy Klamath. Two of the OCF leadership council members representing this area are familiar with our work because we have partnered with or worked directly alongside them. I think their invitation came because we serve so many different individuals, and my job is to initiate and maintain relationships.

I also think there was interest because of a secondary role I play: I am a Tribal Council member-at-large for the Klamath Tribes. I’m an enrolled Tribal member. I grew up in Klamath Falls; I was born and mostly raised here. I left to become educated, and when I came back, I worked for the Tribes and managed their diabetes program. There was an understanding that I want to serve the community, and I’ve been trying to reach as many community members and partners over the last five years as I could. But I also understand the area, and I understand the people. I understand the difficulties, the barriers. I’ve seen and been a part of some of the successes as well.

OCF: What community needs are most important for OCF to address right now?

Some needs are the basic needs of individual community members, like food and shelter. But child care is going to become a big issue, especially as schools start to open up and parents are asked to come back to work. When you think about it, that also affects our businesses: They can’t hire employees, because the person says, “No, I need to be home with my children.” It’s going to have a ripple effect.

One of the things we should be thinking about – which is something we may not want to think about, but it’s certainly something that weighs heavily on me – is that suicide rates, child abuse and domestic violence are increasing. We don’t see the numbers publicly, but when you talk to our social services, they will tell you they have more suicidal ideation coming from their patients — adults and youth alike.

Perhaps OCF will start thinking of ways to provide additional resources to social services — organizations where you can go out in force and try to check on children, try to check on homes. Building some capacity there is really important.

"As a Tribal member, volunteer and someone who cares about their community, I want to listen to the issues. I want to help provide the solutions in any way I can. So I think my desire to give back to the community does relate back to being a member of the Klamath Tribes and my Tribal Council role."

OCF: What is most important for prospective donors and volunteers to know about OCF?

JH: That they are really trying to reach a broad demographic, and that during this pandemic, they’ve really made an effort at targeting rural communities that may have been overlooked before. Also, they’ve been reaching out specifically to try and understand how to assist underrepresented populations.

Not to say that OCF hadn’t done those things before, but I think these are some things that show how they’ve really been intentional in broadening their reach and making sure that they’re being equitable, particularly at this point in time.

OCF: Does your background as a member of the Klamath Tribes inform your views on volunteerism and philanthropy?

JH: It does. I needed to be nominated to run as a Tribal Council member. At first, I wasn’t going to. But I thought, “If one Tribal member thinks that I could be a good representative, then I’m going to at least try.” As a Tribal member, volunteer and someone who cares about their community, I want to listen to the issues. I want to help provide the solutions in any way I can. So I think my desire to give back to the community does relate back to being a member of the Klamath Tribes and my Tribal Council role.

OCF: What do you think about how Oregon’s people and institutions have responded to COVID-19?

JH: Locally, a lot of the necessary organizations came together to talk about what could be done to help the community. I think that was probably a benefit of being a small community and wanting to be connected to others, rather than a large city that might’ve struggled to band everyone together.

Blue Zones Project-Healthy Klamath put together a resource page on our website. We tried to put on as much information as we could, including media outlets, so individuals could get updated news easily. We also listed employment opportunities: temporary hiring agencies for people seeking employment after having been let go from another job. We tried to work with all our partners to put that together.

OCF: What impact has the Two Four Two fire had on you and your community?

JH: The fire was a particularly stressful time for me, both personally and professionally. Not only was our property and home at evacuation level 3—we chose not to evacuate—but I also had to immediately begin responding to the needs of the community as a Tribal Council member. I was on pins and needles, hadn’t slept for close to three days straight and kept a close watch on the fire’s movement and the safety of our Tribal organizations.

Late in the week, as the fire crews gained more control and the evacuation levels slowly lifted, I tried to get back to my regular day job by working remotely to keep an eye on the fire, which I could see out my back windows.

The week following—though I had been coordinating emergency response with others for days—it didn’t feel like I’d done much of anything to truly help the community, which is an odd way to reflect back on the situation. So I was grateful when Amy Cuddy reached out to ask how OCF could help. I immediately let her know that Klamath Tribal Health & Family Services had set up a special bank account and GoFundMe account to help any Chiloquin community member or business that had been affected by the fire. I was later able to share the experience with the OCF Native/Tribal cohort and advocate for the Chiloquin area. OCF recently awarded the Klamath Tribes fire relief funds, and I am humbled that we have a great, caring and personable organization such as OCF.

OCF: How can we move toward a more equitable society?

OCF: What gives you hope?

JH: Whenever I’m asked to represent the community, Blue Zones Project-Healthy Klamath or the Klamath Tribes, I do it because I am proud of myself and where I am now. I am proud of our community partners, and I want to be able to showcase what our community is doing. The world should know the great work that is happening here. Those are the main reasons I said yes to being on the OCF leadership council and why I say yes to other volunteer opportunities.