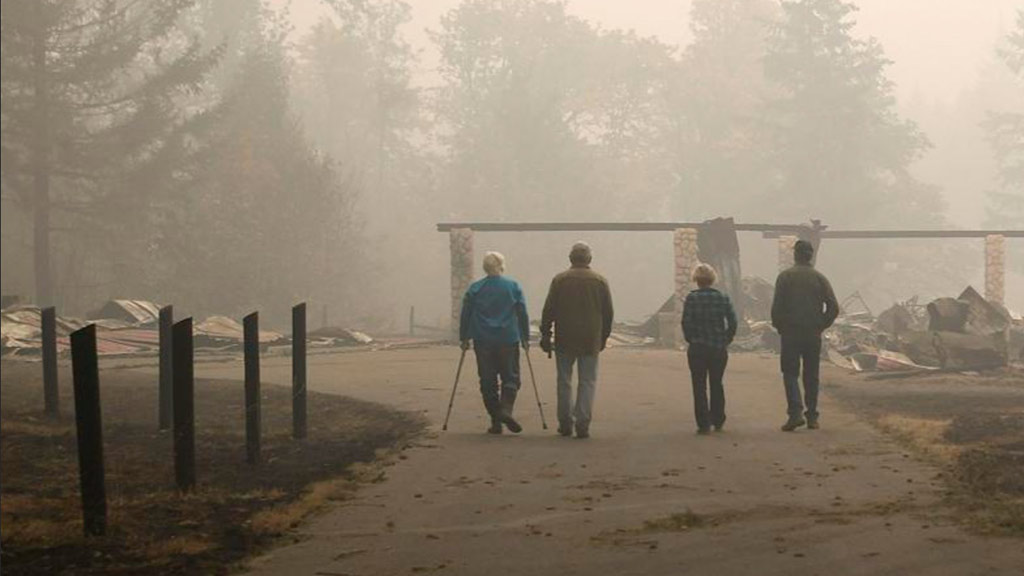 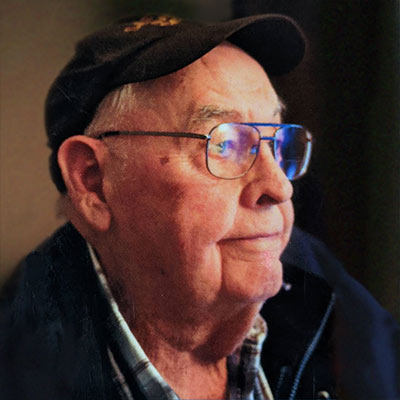 After Santiam Canyon Labor Day 2020 fires destroyed his property, Dave DeLapp made the best of the situation, applying insurance money toward a scholarship to help young people from the area attend college.

The spunky, funny 92-year-old Lyons resident has long been committed to helping students succeed. He helped his grandchildren pay for college and sponsored local students he felt had potential. “A family of three kids came to me, that I knew personally. I thought they deserved some college,” Dave recalls. Later he set up a scholarship with the Santiam Canyon School District that supported about a dozen students.

“They really do appreciate it,” Dave says. “It’s gratifying to me.”

At the recommendation of estate planning attorney Kathy Evans with Evans Batlan Getchell LLC and Santiam School District superintendent Todd Miller, Dave approached OCF in 2018 to discuss options for formalizing the scholarship with OCF. He planned to make a gift of property that would be sold to establish the new scholarship fund. But in September the fires swept through the area, forcing Dave to evacuate for several weeks.

His primary residence was spared, but Dave lost the Mehama property he planned to donate. Upon collecting the insurance money, Dave wrote a check to establish the DeLapp Family Scholarship with OCF, adding to the funds he had already given to the Santiam School District. Jenn Columbus, an OCF philanthropic advisor and regional director working out of the Salem office, worked with Dave as well as Todd Miller to determine the ideal structure and ongoing logistics of the scholarship.

Rather than set up a permanent fund to award very small scholarships, which Dave feels aren’t as helpful to students, his fund awards $2,500 scholarships to about 10 students annually until the fund balance is drawn down (known as a “wholly expendable” fund). He expects the fund to continue awarding for another 12 to 15 years. His son Mark will serve on the scholarship selection committee after Dave’s passing. 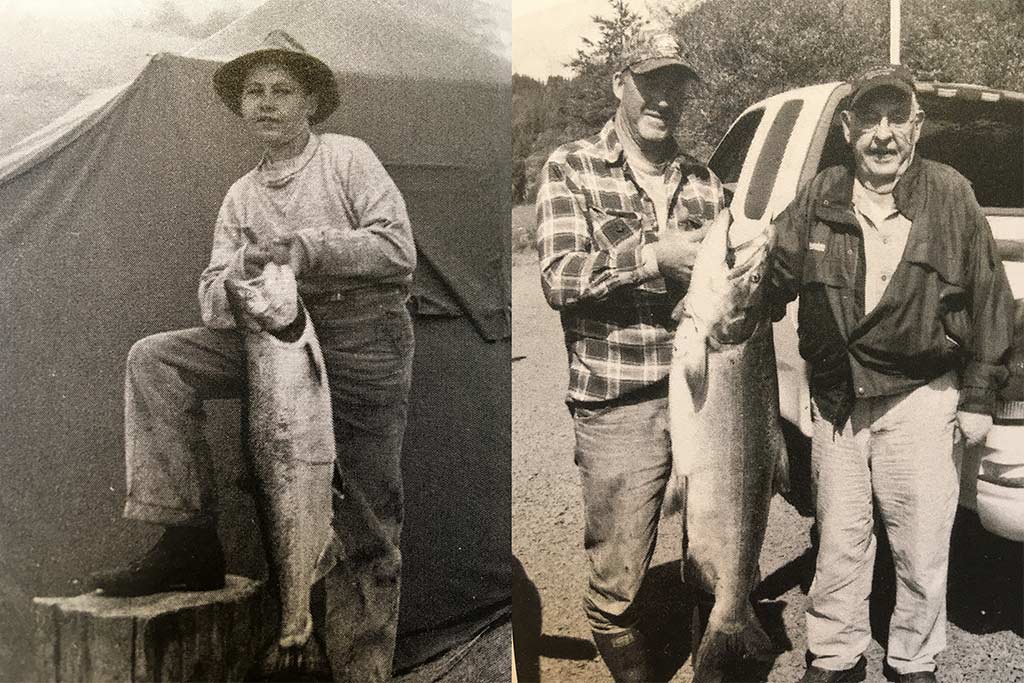 Left: a young Dave with a big catch. Far right: at age 87 with a rare 50 pound Chinook caught from Nestucca Bay.

Dave, who goes by the nickname Chip, lived a colorful life that he documented in his autobiography “Chips.” The youngest of seven children who grew up on a farm outside of Salem, he served in the Army in the Korean War, then started dairy farms with his brother. After marrying, he worked in sales, farmed some more, established a real estate business and raised a family. He retired to his home along the Santiam River in 1996.

Dave notes a couple of local examples from life that inspired his later giving.

R.W. Hogg and his family, neighboring farmers who grew cherries and peaches and raised milk cows, established a trust to support the Salem Health Foundation and donated one of their three farms to Oregon State University.

Later while in the process of selling a home he had rehabbed in Toledo, Dave learned from the buyer the story of the local mill owner who offered scholarships to local high school graduates. “I thought that’s a hell of an idea,” Dave recalls. “My kids don’t need my estate—they’re doing fine on their own. More people ought to do the same thing if they have the means.”

Nine decades of living—with 50 years working in real estate—has shaped Dave’s perspective on life and giving. “The last piece of dirt you buy is six feet deep,” he says. “In 12 or 15 years they won’t care who Dave DeLapp is. But until then, it feels nice. I’ve got a ‘(leg)acy’ to stand on.”