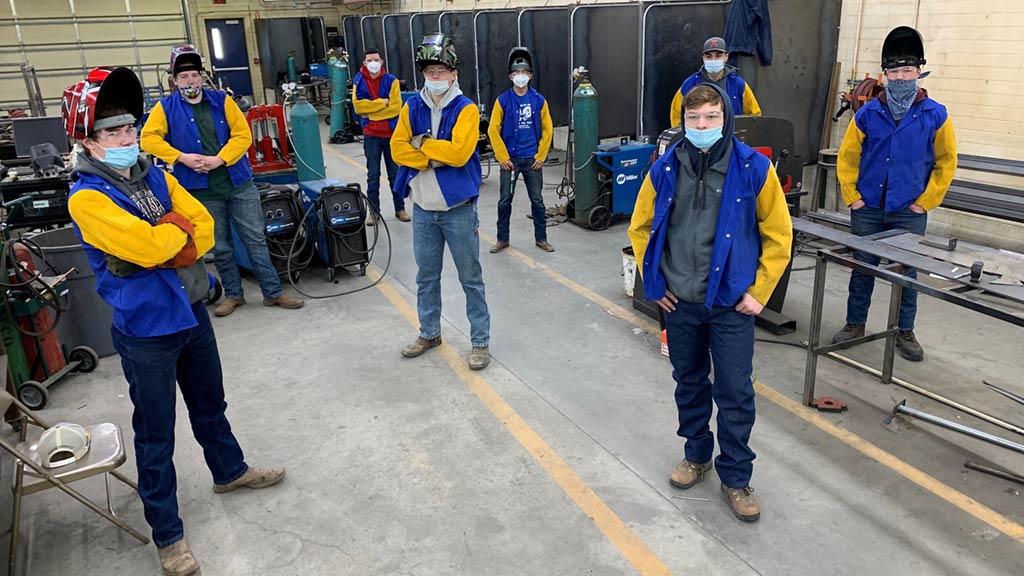 For the border region of eastern Oregon, one path to a stronger economy runs through Chad Cruickshank’s classroom at Nyssa High School. Last year alone, 37 of his students earned industry certifications to operate new, high-end welding machines. Another dozen got certified to drive the school’s first forklift.

After graduation, Cruickshank’s students are landing good-paying jobs at local companies in Nyssa and other communities near the Oregon-Idaho border where employers are hungry for their skills: Metal fabrication companies that need welders. Food processors that need forklift drivers to load onions and other produce into packing sheds and tractor-trailers.

This fall, a recent graduate spoke to Cruickshank’s current students about his new career.

“He wouldn’t tell them exactly what he was making, but it was between $18 and $35 an hour. Being able to earn multiple certifications off the high-end welders was what allowed him to get his foot in the door at an advanced level, and now he’s doing just amazing,” Cruickshank says.

Nyssa High’s new welding machines and forklift were paid for by a grant from the Eastern Oregon Border Economic Development Board, established by the Oregon Legislature in 2017. Lawmakers allocated $5 million to the board for investments in workforce training, housing and economic development in the border region, which is rapidly losing jobs, residents, tax revenue and overall vitality to Idaho, just a few miles east across the Snake River. 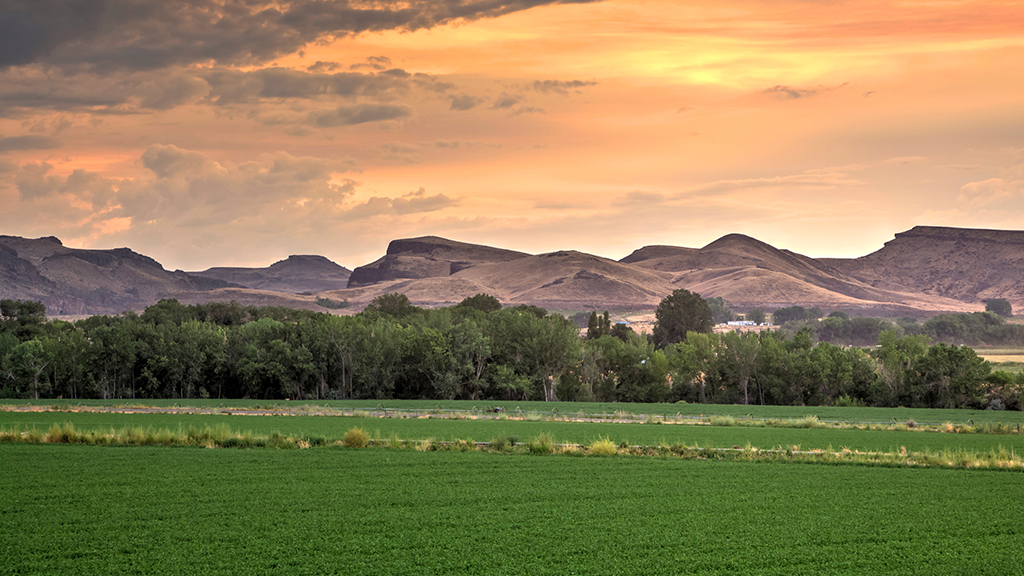 Oregon Community Foundation joined the board’s efforts in late 2020 when the state transferred administration of the border fund from Business Oregon to OCF. With decades of experience in fund management and grant-making, OCF is helping the board efficiently disperse the dollars.

“The Oregon Community Foundation is so nimble, resourceful and responsive. And while the border fund is very unique, even for OCF, they're always willing to embrace what we need to do and help us figure out how to do it,” says Shawna Peterson, an attorney in Ontario and former border board member, who is now executive director.

Challenges in the border region go beyond those that face all rural communities, Peterson says. Just minutes away from Oregon by car, the Idaho towns of Fruitland, Parma and Payette are thriving. There, residents have a wider array of housing and employment options and pay lower taxes. Developers and employers face less stringent land-use laws and licensure requirements for workers. These and other factors put Oregon’s border region — which includes Nyssa, Ontario, Vale and Adrian, all in Malheur County — at a deep disadvantage to Idaho, economically and socially, Peterson says.

“We're trying to address these issues from multiple angles because they are complicated, interrelated problems.”

After listening to industry, education, business and government leaders in the border region describe the barriers they face to competing successfully with Idaho, the board designed a diverse set of offerings aimed at bringing those barriers down.

These include cash incentives and tax rebates for residents who build new homes or improve existing buildings; loans to local governments, developers and landowners to install infrastructure that attracts new development; and grants to schools and nonprofits that teach workers in-demand skills that will meet the needs of local employers and attract new ones.

“We're trying to address these issues from multiple angles because they are complicated, interrelated problems,” Peterson says.

As of July 7, 2022, OCF has helped the board distribute about $2,395,000 of the $5 million border fund to successful applicants, including homeowners, Treasure Valley Community College, the Malheur Education Service District, and small businesses and city governments. Based on the success of this program, an additional $6 million appropriation was provided by the Oregon Legislature in the 2022 Legislative session. 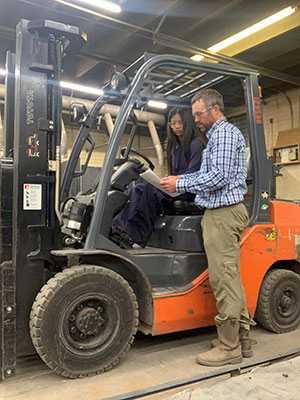 At Nyssa High, a $43,200 grant for eight welding machines and a forklift has opened a new path to prosperity for students and their communities: Hundreds of future graduates — including 75 students currently pursuing welding certification in Nyssa High’s agriculture education program — won’t need to leave the border region to find good-paying jobs. In turn, their skills will help retain companies and attract new ones, expanding economic activity and opportunity in this proud, picturesque part of Oregon.

“You’re going to be able to give back to your community,” Cruickshank says he tells his students. “Hopefully you raise your family here, and one day your kids will go through this program. And you can be proud of that.”

Learn more about or donate to the Eastern Oregon Border Economic Development Fund to help improve futures in the border region. To donate, please contact Megan Loeb at mloeb@oregoncf.org or (503) 227-6846.

Recovery Grants Keep the Lights On