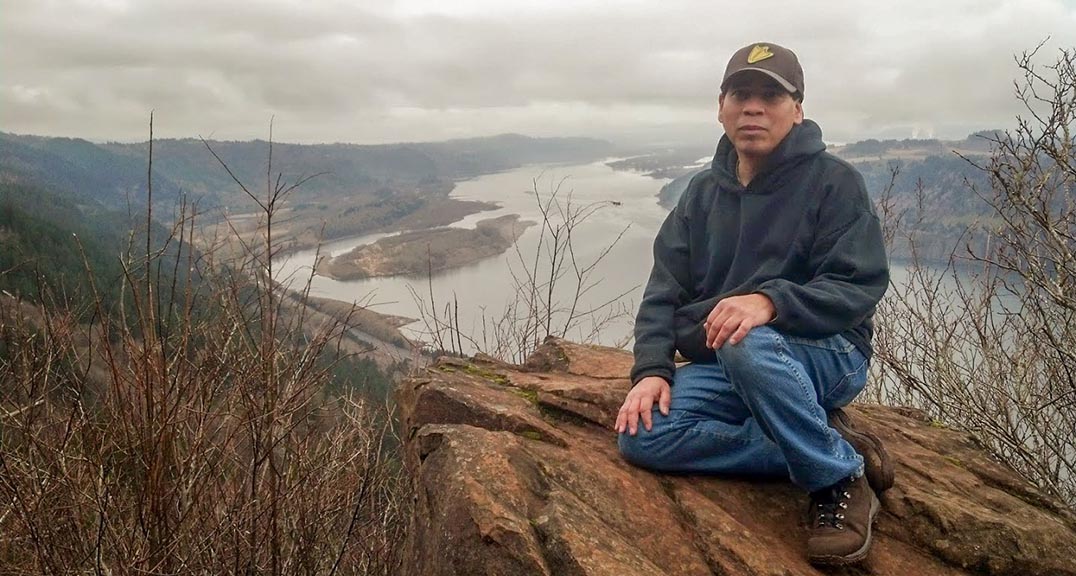 Growing up in small-town Banks, northwest of Portland, Steph Littlebird recalls being taught that her people were extinct. On TV and in movies in the 1990s and early 2000s, the only Indigenous people she saw were Pocahontas and caricatures that bore no resemblance to herself or her family. 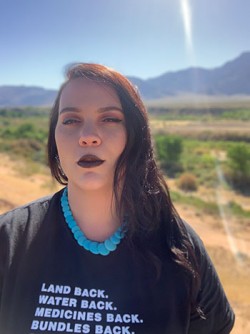 “I grew up around people watching Westerns, and in John Wayne movies, we were always wild and we were always drunk,” says Littlebird, who is Kalapuyan and a registered member of the very much alive Confederated Tribes of Grand Ronde.

Now a professional artist, curator and writer in Portland, Littlebird is intent on helping to reverse the long and violent erasure of Indigenous people from Oregon and from the stories that Oregonians tell about our past, present and future. That goal animates her series for Oregon ArtsWatch, “Indigenous History and Resilience,” made possible by a grant from the Oregon Community Foundation.

Littlebird’s stories highlight Native people in Oregon who demonstrate the power of creativity to transform lives and make communities stronger. Her deeply reported profiles and interviews for ArtsWatch make these artists visible to Native and non-Native audiences. She renders them with an accuracy and respect that she never saw as a child and rarely sees now.

“The thing that I needed growing up, I need to give that back to the world,” says Littlebird, 37. “There’s a feeling of invisibility, that we have to fight the erasure of our history. That erasure was very intentional. Now we’re trying to catch up, and visibility is a huge part of it.”

OCF, the largest charitable funder of the arts in Oregon, granted $30,000 to ArtsWatch in late 2019. The nonprofit used the OCF support to attract additional funding of $32,000. Together, the grants have funded Littlebird’s series, plus more than two dozen stories about arts education and the benefits it brings to students across the state, with more stories to come.

“The OCF funding inspired Steph’s project, and it provided the seed funding to raise the rest of the money for it. Overall, the OCF grant has been truly empowering for our contributors to do really substantial work on arts education and has given them the opportunity to really dig into these stories,” says Laura Grimes, ArtsWatch executive director.

“Kids in low-income communities and from our BIPOC populations do not have the same opportunities for arts education, in school and out of school. Therefore they are falling behind, not only in some of the core subjects, because we know that the arts can help with math and science, but they're also falling behind in social and emotional learning arenas,” Kuzma says.

“ArtsWatch is very well-known and they have a wide audience, so those readers that may not be thinking about arts education as a way to address the opportunity gap or social and emotional learning — these stories give them that information. That helps OCF down the road in advocating for arts education,” she says.

Contemporary Native Americans are, for the most part, invisible in the United States across the education curriculum, pop culture entertainment, news media, social media and the judicial system, according to the 2016-18 Reclaiming Native Truth project. More than three-quarters of Americans (78%) said they know little to nothing about Native Americans, and a significant percentage weren’t even sure that they still exist.

Littlebird, who earned a Bachelor of Fine Arts in painting and printmaking from Pacific Northwest College of Art, is resisting that erasure by telling the stories of Indigenous people in Oregon who are passing on craft-making traditions, reimagining Native museums, and using art to challenge misconceptions about what Indigenous identity means. The series includes photography by veteran photojournalist Joe Cantrell (Cherokee). (Read the series so far.) 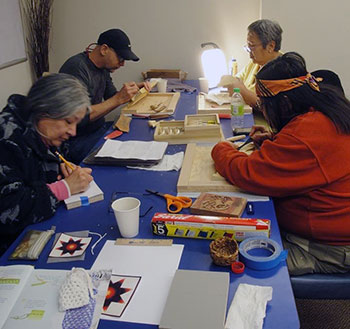 “Creativity and crafts are a huge part of what keeps us together as a community. So when you talk about the idea of resilience — the act of making, the act of continuing tradition — those things are arts education but they’re also contributing literally to the survival of our culture,” Littlebird says.

“Being able to tell these people’s stories, our history, our traumas and our triumphs — it heals a void in my heart that I have been trying to fill for my entire life,” she says. “And because of how it’s presented by ArtsWatch and the fact that it’s funded by this grant, it gives us this sense of authority that many times Indigenous people are not given.”

If you are interested in supporting this project with Oregon ArtsWatch, or if you would like to explore other grantmaking opportunities within Indigenous communities, please contact your Donor Relations Officer. If you would like to learn about OCF’s arts and culture work more broadly, please contact Jerry Tischleder, Program Officer for Arts and Culture, at jtischleder@oregoncf.org.

Not an OCF donor? Learn about ways to give or contact a Philanthropic Advisor.

Focusing on Wellness, Activist Helps Black People Deal with Stress and Racism amid the Pandemic