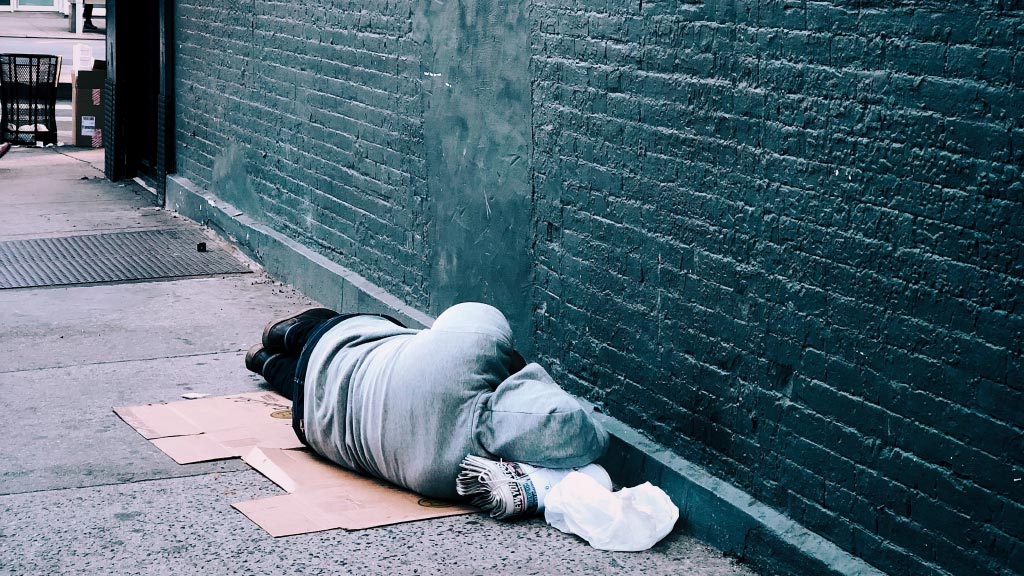 Homelessness in the Portland Region: Read the Report

Learn about the challenges of homelessness in the Portland region and some possible ways forward.

As the economic expansion nears a post-World War II record, local concerns about jobs and the economy have faded. In Portland, attention has turned to populations that the recovery has left behind—those living on the streets, in shelters, or in transitional housing.

In an October 2017 survey, Portlanders ranked “shelter for people who are homeless” as the second most urgent issue that elected leaders should do something about. 1 The cost of housing was the first. Reflecting the public’s concern, civic leaders and advocacy organizations have placed the homelessness crisis high on their policy agendas, and each county in the region has launched a plan to end, or substantially reduce, homelessness.

But despite these efforts, most Portlanders believe the problem is getting worse. This report seeks to advance the policy discussion for a problem that some residents and policymakers have deemed intractable. It reviews the literature on homelessness determinants, explores local trends in homelessness, puts Portland’s challenges into a broader national context, and organizes possible responses into a four-part policy framework.

One involves roughly 1,700 chronically homeless individuals facing barriers to housing, such as mental and physical disabilities, substance abuse issues, criminal records, and/or other problematic circumstances. Every community across the country—large and small—has people with severe personal challenges who will struggle to maintain stable housing absent significant, sustained support. Portland’s challenge is not unique.

The second crisis involves tens of thousands of households: the episodic, short-term homeless plus the growing numbers of severely cost-burdened renters on the verge of homelessness. Portland’s second crisis is worse than that in most other places, and it has two causes: an under-supplied regional housing market and an unresponsive, discretionary rental assistance program. The two crises require different strategies and tactics.

Homelessness in the Portland Region: Read the Full Report

Learn about the challenges of homelessness in the Portland region and some possible ways forward.