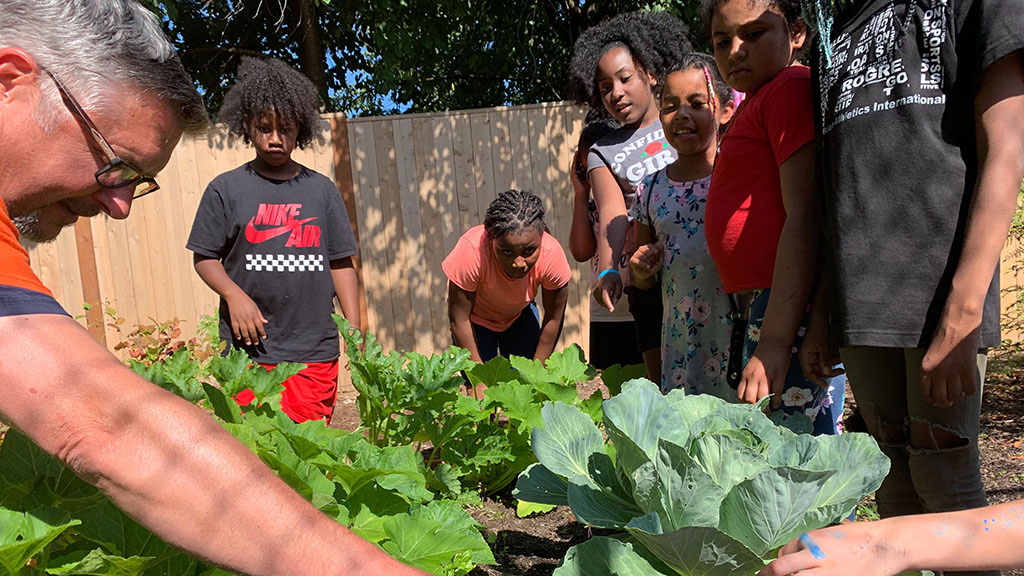 Over the course of the Out-of-School Time Initiative, we’ve shifted our focus from the achievement gap to the opportunity gap. Gaps in opportunity, as opposed to gaps in achievement, point to root causes of disparities and systemic factors.

Even with high-quality programming—and the hope, motivation and goals for collegeseen in our student data—there is a sharp contrast with traditional measures of academic achievement. The promise of out-of-school time programming is limited by broader systemic factors that cannot be shifted by individuals or the out-of-school time field alone.

Identifying and understanding gaps in opportunity helps direct resources where they can dismantle barriers and advance equity. In contrast, focusing on student “achievement” (or lack thereof) distracts from systemic drivers of student success. Student-level outcomes can be useful indicators of progress or problems, but they tell us little about what works or what is driving progress or problems.

Further, a focus on measuring student achievement—especially using standardized educational measures that often reflect systemically inequitable practices (e.g., disproportionate discipline)—places the burden on students, rather than on the broader forces that cause educational disparities and on the adults who control the conditions that support students (or do not).

High-quality out-of-school time opportunities are important supports for students. By funding and strengthening programs that reach students experiencing the opportunity gap, the Initiative is directly addressing the opportunity gap and contributing to student success. Our experience with the Initiative and its evaluation confirms that this is a useful strategy to begin addressing educational disparities. But we also recognize that many interventions, including system-level changes, are necessary if we want to eliminate those disparities entirely. 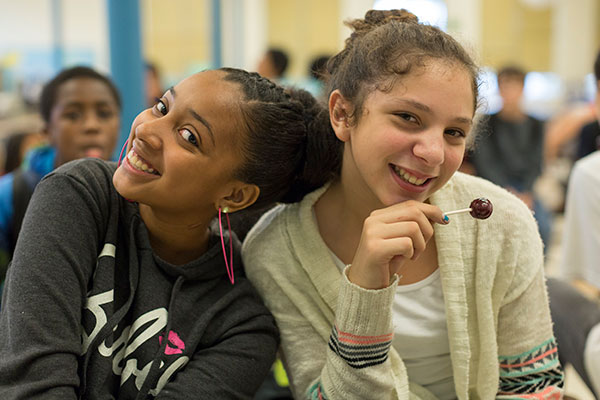 The achievement gap in Oregon

In Oregon, Asian and white students continue to complete high school at the highest rates, but disparities have decreased among some racial/ethnic groups during the Initiative timeframe. Students who began ninth grade in 2010–2011 were completing high school as the Initiative launched. Five years later, we see higher completion rates for those who were in ninth grade during 2015–2016, some of whom participated in Initiative-supported programs. During that period, Hispanic/Latino/x, Black/African American, American Indian/Alaska Native, and Native Hawaiian/Pacific Islander students all narrowed graduation gaps with white students by one-third to one-half.

Oregon's 5-year high school completion rates are rising for all racial/ethnic groups, yet gaps remain for most communities of color.
Greater and more tailored investment is needed to better support students of color.

High school completion rates for low-income students lag, but the gap has decreased over time.
Household income is a significant factor in whether students complete high school and may indicate a need for greater resources, supports and opportunities in and out of school.

This is likely due to myriad factors, including increasing attention to the active and systemic barriers faced by students of color. The Oregon Department of Education highlighted the recent increases in graduation rates in its Oregon Statewide Report Card 2019–2020 alongside investments in targeted programs that support marginalized students, such as the African American/Black Student Success Plan. These newer programs are starting to address education gaps and the need for culturally specific system improvements for students who identify as Black/African American, American Indian/Alaska Native, Latino/x and/or LGBTQ2IA+.

Shifting our focus to educational disparities and gaps in opportunity

Inequities that lead to differences in educational outcomes (such as high school completion rates) begin early in life and result more from differences in circumstances, opportunities and supports for youth than from differences in innate or learned abilities. In its 2019 report The Promise of Adolescence: Realizing Opportunity for All Youth, the National Academies of Sciences, Engineering, and Medicine attributes disparities in educational outcomes to “(1) differences in family wealth and income, combined with living in neighborhoods segregated by income and race, (2) differences in institutional responses to adolescents by schools, the health system, the justice system, or the welfare system, and (3) prejudicial or discriminatory attitudes or behavior on the part of the adults or peers who interact with adolescents on a regular basis” (National Academies of Sciences, Engineering, and Medicine, 2019, p. 5).

Harvard University's Opportunity Atlas draws on 40 years of census and Internal Revenue Service data to show that children from households with similar incomes fare very differently depending on their community-level supports and the impact of racial discrimination (Chetty et al., 2015; Chetty et al., 2020). When schools are high quality, neighborhoods are racially and economically integrated, and social ties in the community are strong, children in low-income households have greater achievement over their lifetime in part because of their access to broader networks and opportunities (Chetty, 2014). National experts across disciplines agree that the largest factor contributing to the achievement gap between racial/ethnic groups is the segregation of schools by family income (National Academies of Sciences, Engineering, and Medicine, 2019, p. 5). 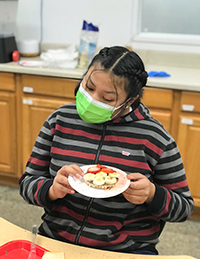 In Oregon, 4% of white children live in areas of concentrated poverty, compared to 20% of American Indian/Alaska Native children, 14% of Black/African American children and 12% of immigrant children (The Annie E. Casey Foundation, 2019). An area of concentrated poverty is one where more than 30% of the population lives in households that are below the poverty line based on income. These concentrations of poverty result from a history of discriminatory housing policy and practices as well as other forms of structural racism.

Access to quality schools is correlated with neighborhood wealth; this is a persistent pattern in Oregon and nationwide. Quality schools matter for students’ academic achievement, especially for low-income youth (Jackson et al., 2015). Communities with more wealth and resources supplement schools and districts beyond state funding through higher property taxes and independent fundraising.

Higher income alone is not enough to erase persistent achievement gaps for students of color. In Oregon, analysis by ECONorthwest revealed that even when students came from similar household incomes, Black/African American students had lower academic achievement at every income level compared to white students (ECONorthwest & KairosPDX, 2017). Foundational support for some students is notably absent: “For Black youth to succeed in school, they need the basics of good physical and mental health, a strong cultural identity, sufficient hours spent learning and positive teacher perception and expectation” (Urban League of Portland, 2015, p. 30). Research on Black students shows that a student’s sense of belonging—which may be integral to academic success—encompasses more than interpersonal interactions; it also relates to institutional policies and curricula (Gray, 2018). Foundational supports—including appropriate mental health resources, acknowledgment of cultural identity, positive experiences with teachers, and a sense of belonging—may be key ingredients in academic success.

The influential work of Gloria Ladson-Billings (2006) frames the achievement gap as an educational debt owed to students of color who have been marginalized by a system that puts their education needs behind those of other students. Student perspectives from Initiative-supported programs illustrate what educational debt looks like. One student stated:

“I want [to be an] engineer but people see me as if I cannot do that. But I see myself. I can be [an] engineer and work very hard.”
—Student narrative from photovoice project

To address the debt owed to marginalized students, it will likely be more impactful to shift the structure of educational environments than to focus on individual students. 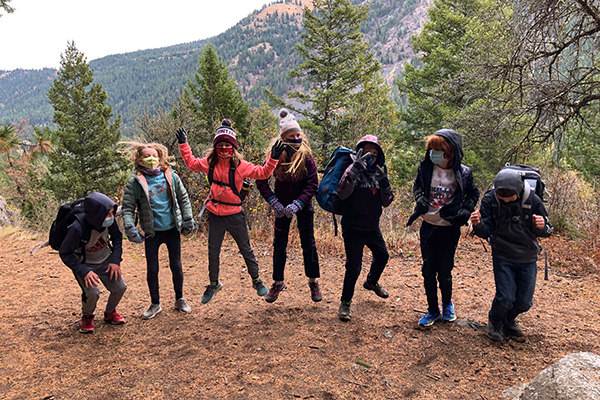 Short-term indicators that measure quality education, access and belonging may prove more meaningful than measures of achievement (including graduation rates), as they show the environment students need in order to thrive academically, socially and emotionally. This also focuses attention on structural factors that adults control, unlike student-driven metrics that show where there is potential for improvement but not how to address it.

Whether a student’s cultural strengths and identities are recognized, and whether they feel a sense of belonging, may be key factors in academic success. Emerging research suggests students who feel valued and respected can dedicate more cognitive resources to learning because they don’t have to unconsciously monitor the environment for clues about whether they fit in or how their culture is perceived. In spaces where a student’s culture is not affirmed or supported, the background processes in the brain are constantly working to assess threats (Romero, 2018). Supportive environments allow youth to fully focus on the important tasks and challenges of learning. This illustrates the importance of attending to students’ sense of belonging and the ways in which high-quality programs can do so. It also points to the value of culturally specific programs, which build students’ sense of belonging in ways specific to the youth they serve.

Increasingly, schools and communities are looking to redesign systems. For example, enrollment in Advanced Placement (AP) or Gifted and Talented programs often depends on teacher referrals, which can be biased. Schools and districts that shifted their systems to automatic enrollment or invitations based on test scores almost doubled participation among Black/African American students (Shores et al., 2020; Card & Giuliano, 2016; Rowe, 2017).

To overcome historic discrimination and achieve academic equity, students in low-income households and those from communities of color need disproportionately more support and opportunities in and out of school. Instead, students from low-income households generally have less access than their more privileged peers to the educational resources and enrichment programs they need. For example, more than 70% of wealthy school districts in Oregon offer Advanced Placement courses compared to less than 50% of lower-income districts, showing even less access for youth in Oregon compared to national averages (Mattingly et al., 2015). 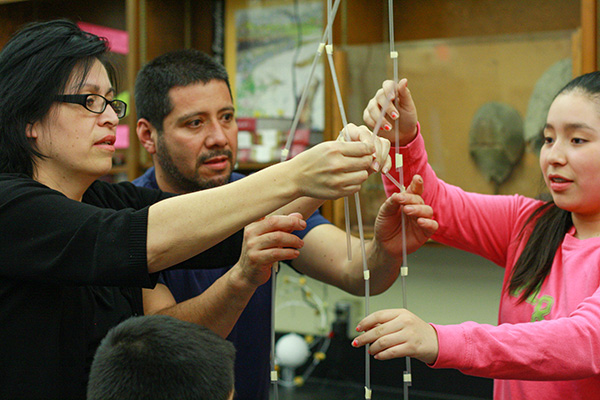 OCF’s 2017 report Toward a Thriving Future: Closing the Opportunity Gap for Oregon’s Kids describes the opportunity gap and the students who experience it, and identifies out-of-school time programs as a key strategy for narrowing the opportunity gap, noting that "[we can] encourage K-12 academic success by ensuring all children have access to extracurricular and enrichment activities. High-quality enrichment activities can increase student engagement and academic success, build important social-emotional skills and foster positive youth-adult relationships" (Ruffenach & Worcel, 2017, p. 5).

High-quality out-of-school time programs provide trusting peer and adult relationships while also enriching, deepening and extending the learning that happens in school. They provide positive social and extracurricular opportunities at a time when adolescents are especially sensitive to experiences and environments. 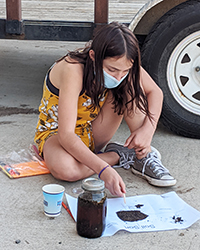 The difference in spending between high- and low-income households has nearly doubled since the early seventies. In part, higher-income families are earning more while lower-income families are earning less than they were 30 years ago (Duncan et al., 2019). Those in the lower quintile are more likely to spend on basic needs like food, housing and utilities. In the case of enrichment programming, income often equals opportunity; those with the highest incomes can afford consistent access to quality programs.

Oregon data presents a similar story: Whether a child participates in any enrichment programming during the year depends on their parent’s income. State-level data from the National Survey of Children's Health show 92% of school-age children from wealthier families (i.e., those at more than 400% of the Federal Poverty Line) participate in enrichment programs compared to 65% of children from families with incomes below the poverty line (Child and Adolescent Health Measurement Initiative, 2019).

Enrichment programs are also a necessity for many families with working parents or caregivers. Three out of 4 Oregon parents with children in out-of-school time programs agreed that access to programming helped them keep their jobs (Afterschool Alliance, 2020). Whether out of necessity or with the goal of enrichment, these programs are part of a broader network needed to strengthen students, families, schools and communities.

Demand for out-of-school time programs outpaces availability in Oregon. Only 1 in 4 children who want programming get a spot, which translates to a lack of access for 234,000 children statewide (Afterschool Alliance, 2020).

Children ages 6–17 with the least financial resources are the least likely to have access to expanded learning in out-of-school time programs in Oregon.
Percentage of households with children who did not participate in extracurricular activities.

Unfortunately, Oregon middle school students’ access to programming decreased over the course of the Initiative from 13% in 2014 to 11% in 2020 (Afterschool Alliance, 2020). It would likely have decreased even further without the Initiative’s support for programs throughout the state.