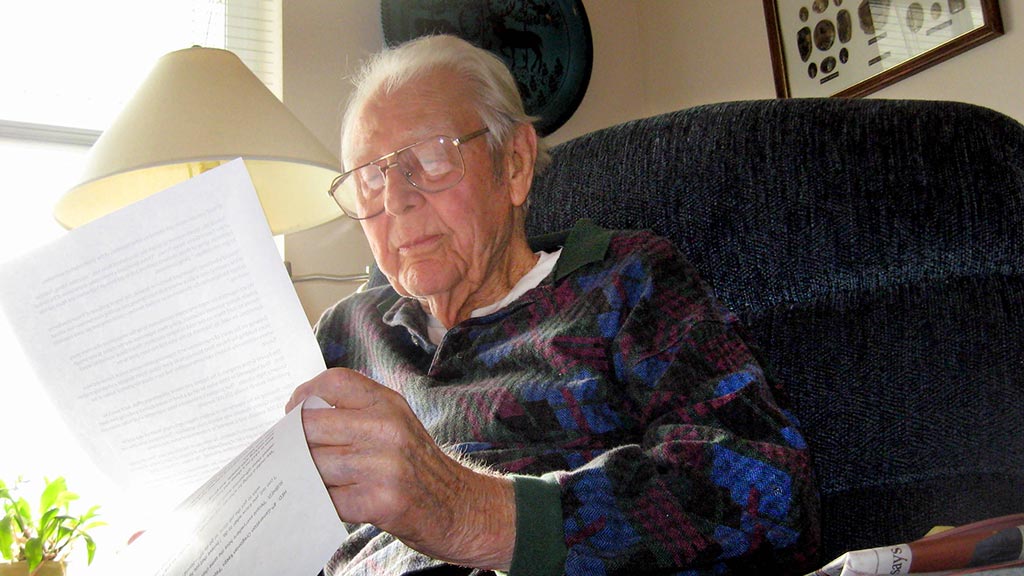 Born in 1913 on a sheep and hay ranch in eastern Oregon and living to age 101, Harold Wyatt was a life-long giver. Thanks to three important scholarship funds Wyatt established with OCF, more than 550 Oregon students have received $1.8 million to help pay for college studies. He passed away in 2014, yet his legacy lives on, and will support generations of students to come.

Wyatt’s great-grandfather came to Baker County, in 1848, via the Oregon Trail. Harold finished high school in Halfway, where his father ran a hotel. Then he worked his way through Reed College and the University of Oregon, studying politics and economics.

Wyatt started his first college scholarship fund in 1991 for students from Baker County high schools, followed by funds for students from Washington County (1996) and Forest Grove High School (2000), where many of the children of employees at the frozen food business he formerly owned go to school.

"Harold Wyatt is a man who cares deeply about the well being and success of our youth—especially those who are the first in their families to aim for college or have come from minority populations where college is often not an option."

“Mr. Wyatt was a man who cared deeply about the well being and success of our youth—especially those who are the first in their families to aim for college or have come from minority populations where college is often not an option,” recalls former Forest Grove High School principal John O’Neill.

Wyatt's generosity lives on, with awards from his funds going out to about 50 students every year.

Within weeks Blanchet House was serving an average of 2,000 meals a day—double our usual numbers.

Pandemic and Wildfires Prompt Family Fund to Step Up Giving