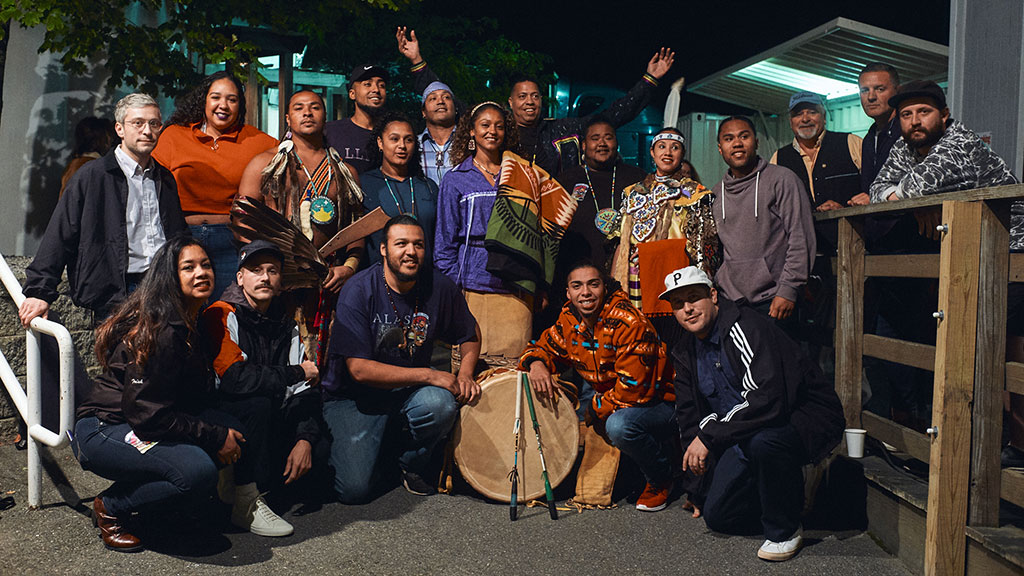 The Grammy-winning, Portland-based rock group Portugal. The Man has a long history of advocating for the rights of Indigenous peoples in the United States and around the world. In August 2019, they established the PTM Fund at OCF as the financial arm of their PTM Foundation, which boosts the voice and visibility of Indigenous communities and organizations.

From the beginning, the band has partnered with local and national organizations to promote environmental justice, disability rights, community health, anti-racism, voter registration and many other causes. Their primary focus, however, has been centering Native stories, knowledge and resilience as a force for cultural transformation and healing. “We always try to work with organizations that are Native-led,” says bassist and co-founder Zach Carothers. “We partner with and elevate those voices, which is our main purpose.”

This commitment has been formally recognized by the Native American Music Awards, the National Congress of American Indians and the Alaska Federation of Natives. In particular, the band has been commended for opening shows with an Indigenous land acknowledgment ceremony. Zach explains that these ceremonies were partly a response to the culture shock they experienced after relocating from Wasilla, Alaska, to Portland: “Up there, we had a very unique, close perspective to the Native Alaskans and their communities. We all grew up knowing the history of all the tribes around us.”

They soon found that this basic cultural understanding was uncommon in their new home. “We’d see the names of rivers and towns and states, but it was really hard to see the people and hear the stories,” Zach recalls. “It wasn’t like it was in Alaska.”

The inspiration to use land acknowledgments to counter this erasure of Indigenous histories came during a tour of Australia, where they had the opportunity to request a pre-show “Welcome to Country” from Aboriginal elders. Ever since then, they’ve invited local tribal representatives on stage both as a gesture of respect and to raise the audience’s awareness. “People love it, and it’s always so wildly different,” Zach enthuses. “It’s been political, it’s been poetry, it’s been prayers, it’s been drummers and dancers. It’s a hell of a way to start off a show!”

“PTM Foundation is the culmination of years and years and years of work that Portugal. The Man has done with community around all different kinds of issues, but largely through an Indigenous rights lens.”

The band’s popularity was supercharged by their global 2017 hit “Feel It Still,” dramatically increasing their options for advocacy and activism. In 2018, they teamed up with fellow Portland-based musician and activist Logan Lynn to explore ways of formalizing this aspect of their work.

After researching a dizzying array of options, they chose to create a donor advised fund at OCF. “When I was meeting with other community foundations, they often said to me, ‘You know, our model is based off Oregon Community Foundation,’” Logan recalls. “It really came down to the fact that Oregon Community Foundation had taught all these other people. So instead of going with the pupils, we just went with the teacher.”

Publicly launched in July 2020, and aided by a community advisory board of Indigenous leaders who guide its strategies, communications and grantmaking, PTM Foundation carries on Portugal. The Man’s charitable work while also using the band’s visibility and influence to amplify Indigenous voices and educate audiences on the ongoing traumas of colonization.

“I’m all about empowering the Native view,” Zach says. “Getting them to share their story and then trying to talk the rest of the people into respecting that Indigenous knowledge. I truly think it’s the way forward when it comes to the environmental crisis we’re going through.” 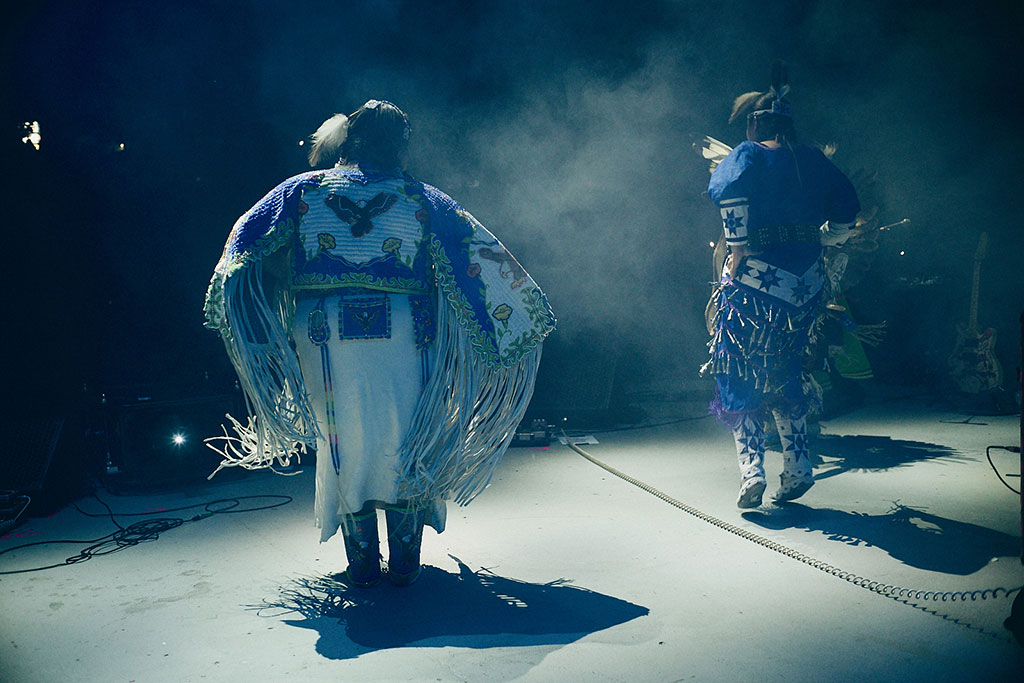 As the director of PTM Foundation, Logan acknowledges that its approach to philanthropy is sometimes unconventional. “Some organizations would be scared of that,” he laughs. “Oregon Community Foundation has leaned all the way in.” He also appreciates OCF’s ability to ensure that 100% of funds go to community grants, with the band reimbursing all administrative costs.

One of PTM Foundation’s major early efforts was to address the water crisis affecting the Confederated Tribes of Warm Springs and other tribal nations. The federal government is responsible for infrastructure upkeep under the treaty that ceded 10 million acres of ancestral lands to the United States. But as Zach says, “a lot of the pipes are still clay; it’s just unbelievably outdated.” The Warm Springs Reservation had already been hit disproportionately hard by COVID-19, and a pipe failure in June 2020 left 60% of residents without water.

In response, PTM Foundation partnered with DigDeep’s Navajo Water Project to offer a $20,000 matching grant to expand water access for the Confederated Tribes of Warm Springs as well as the Navajo Nation. Announced in celebration of Indigenous Peoples Day, the grant launch was accompanied by a new Portugal. The Man song called “Who’s Gonna Stop Me,” the video for which was created in collaboration with the Indigenous-led nonprofit IllumiNative.

Other grants have supported COVID-19 response, Oregon Historical Society, a pilot program for official land acknowledgments at Portland-based events, and a national "Get Out the Native Vote" program. Logan takes particular pride in having distributed roughly 40,000 pieces of personal protective equipment to Alaskan tribes. “We were — as a foundation, as an organization, as people — able to show up for our neighbors and our friends and our relatives in a way that felt right,” he says.

PTM Foundation was originally set to have its public launch just as COVID-19 hit, leaving the band unable to play the shows that fund their giving. As Zach and Logan note, this had the virtue of forcing them to innovate. They worked with Indigenous artists to create limited-edition T-shirts and other merchandise, with 100% of the proceeds going to grants. “We’re going to do traditional fundraising, because it’s important,” Logan says. “I certainly have a donor pool that we’re engaging. But we’re really committed during this time to just being useful to the community.”

Even so, Logan looks forward to the band’s return to the stage in a post-pandemic world: “We’re going to be able to take 1 or 2 dollars a ticket and have that fund some larger projects, which is going to be cool.” 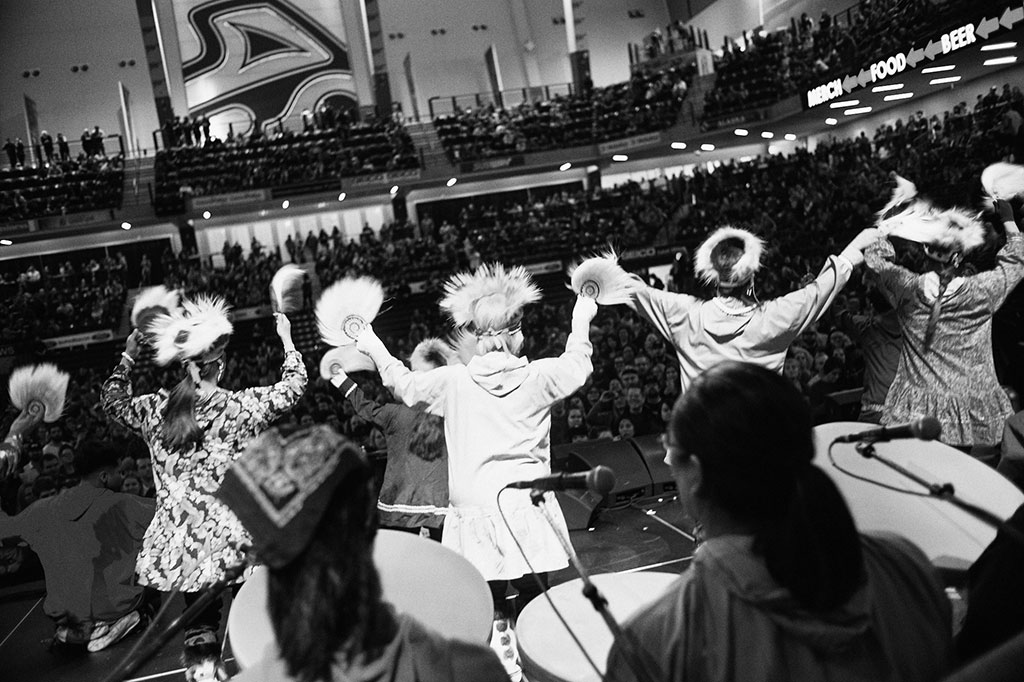 In the meantime, focusing on the communities PTM Foundation serves has helped Logan cope with the stress of current events: “It has felt really important to still envision a future where things get better for Indigenous peoples, where things get better for all of us around the environment and human rights, and all the stuff we are collectively experiencing in a really pronounced way right now. I’ve seen solutions in community, so I’ve been really trying to stay focused on that.”

Describing himself as “a guy that looks on the bright side of any dark situation,” Zach also draws hope from the young activists of March for Our Lives and Black Lives Matter. “The Indigenous youth, the Black youth are very strong, especially here in Portland,” he says. “The fire that’s inside of these kids really makes me proud to be human.”

More generally, Zach sees the pandemic as opening a space to reimagine ourselves and our society. “It’s kind of caused everybody to slow down and really think about things that matter,” he observes. “You spend a lot more time looking into yourself, and looking into your home and things around you. Everybody has got that cabinet that squeaks, or something that they’ve been meaning to fix for six years, and now they get a little time to oil it or completely replace it. And that’s what we’re doing with our systems, our institutions: We’re really looking at things and deciding what works and what doesn’t. It’s not the time to say, ‘Well, that’s how it’s always been.’ I think people are starting to realize the power they have: ‘Alright, we can just change it!’ And that’s very important.”